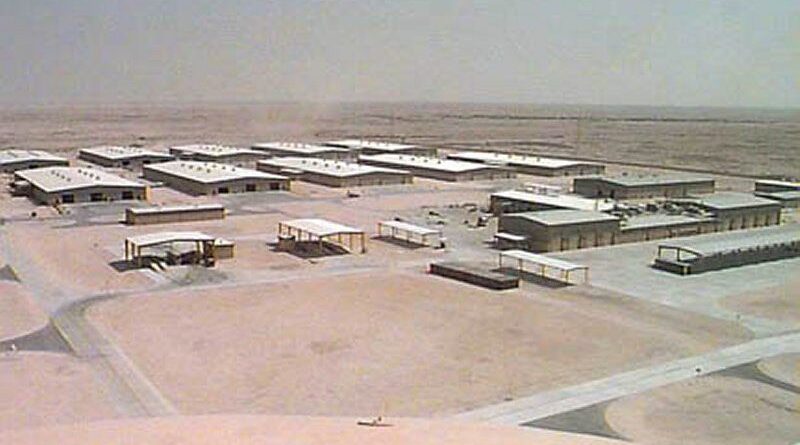 One of the three huge logistics bases which the US military recently dismantled in Qatar and relocated to Jordan was the largest in the world. In the last few days, the US has shut down Army Camp As Sayliyah Main, Army Camp As Sayiliyah South and the Falcon an ammunition supply point.  Their 27 warehouses storing tanks, armored personnel carriers and other equipment were stored in this forward staging post in Qatar for US supplies across the Middle East and as a reserve stock in case hostilities erupted with Iran. Supplies from the three bases, as well as a support mission based there, are now part of the US Central Command Area Support Group-Jordan.
American sources say that this massive relocation is aimed at reducing friction with Iran and clearing the path to revived nuclear negotiations, as well as decreasing the threat of rocket attacks in the Gulf region by Iran-backed Iraqi militias.

Nonetheless, on Wednesday, July 7, 14 rockets were fired against the big US Ain Al-Asad base in western Iraq, injuring three people. The day before, three unarmed drones were aimed at the US air facility in Irbil in northern Iraq and another drone fell short of the US embassy in Baghdad’s Green Zone. All three are habitually targeted by Iran’s Iraqi proxies.

DEBKAfile’s military sources point out that the transfer of three important US military bases to Jordan is no real protection against attacks by pro-Iranian Iraqi militias. Those militias are still close by, just across the border, and can easily continue attacking US troops from both Iraq and Syria, if ordered to do so by Tehran.

On Wednesday, however, while joining the Europeans in condemning from Vienna Iran’s latest breach of the 2015 nuclear accord by enriching uranium metal to 20pc purity, the US said that the window for diplomacy to allow both itself and Iran to resume compliance remained open.