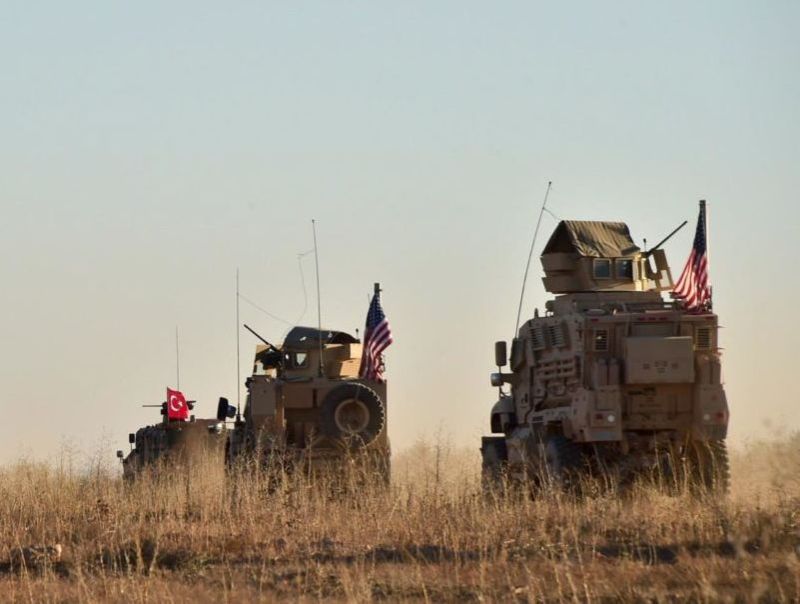 A US-Turkish safe zone is beginning to take shape in northeastern Syria amid unresolved arguments. In the southeast, however, the Russians have scrapped the safe zone they had monitored and opened the door for pro-Iranian forces to recover their old positions close to the borders of Israel and Jordan. Both big power initiatives are fraught with discord in highly volatile regions at the two ends of Syria.

The first began taking off with the landing of 90 US military personnel at Tal Abyad in southern Turkey following an agreement reached on Aug. 8 between Washington and Ankara to “rapidly… stand up a joint operations center in Turkey… to coordinate and manage the establishment of a safe zone.”

This cautious locution glides over the continuing difficulty to resolve US-Turkish dissent over the status of the pro-American Syrian Democratic Forces (SDF), the dominant component of which are fighters of the Syrian Kurdish YPG militia. This militia, a close US ally, is viewed by Turkey as an integral arm of the Kurdish PKK (Workers Party), a Turkish separatist movement branded a terrorist organization by Washington as well as Ankara.

The US has proposed a two-tiered safe zone: the SDF would evacuate a 5km strip along the entire Syrian-Turkish border and pull their heavy weapons back beyond that line to a total depth of 14km. This zone would be under American control with a third non-Turkish party patrolling the 5km strip.

Ankara, however, insists on controlling a 32km deep zone devoid of any SDF fighters, asserting that only Turkish forces can be relied on to safeguard its border security. Therefore, although some pieces of the safe zone of northeastern Syria are moving into place, it is still hard to see a concrete resolution of this conflict.

This difficulty emerges clearly from President Recep Erdogan’s version of the safe zone agreement. He keeps on saying that “the understanding with the US” creates a “peace corridor” controlled by Ankara along the Turkish-Syrian border, to which he claims America has pledged its “intent and commitment” – a pledge that was never signed off by the Trump administration.

At the opposite end of Syria, in the southeast, DEBKA Weekly finds another world power, Russia, handling its own dilemmas with a different partner. Whereas the US struggles with the unsolvable Turkish-Kurdish feud, Russia has simply given in to Iran by reneging on the pledge President Vladimir Putin gave US President Donald Trump and Israel’s Prime Minister Binyamin Netanyahu in mid-2018 to keep pro-Iranian forces out of the Israeli and Jordanian borders districts. A “safe zone” was to take shape with no military presence other than Russian and Syrian military forces.

That arrangement held up for 10 months but soon developed cracks. They widened after some Russian forces assigned to monitor Syria’s southern border zones with Israel and Jordan were scaled back and recalled to home base. The remainder were ordered to relocate to the east near the Syrian-Iraqi border and regroup inside a new Russian military enclave. This new pocket is held by the Syrian army’s 5th Corps which acts under Russian orders as Moscow’s arm on the ground under the command of Ahmed al-Odeh, a one-time leader of the Lions of Sunna Brigade in Daraa.

This pro-Russian force is designed to operate in the southeast on lines approximating those of the pro-US SDF in the northeast. The ban on non-Russian entry to this enclave is strictly enforced, including access to its main roads. In contrast, all restrictions have been lifted on the access of Iran’s Al Qods Brigades and Hizballah to Syria’s borderlands with Israel and Jordan. Both are already rebuilding their former military and intelligence positions close to those borders.

The US and Israel have tried unsuccessfully to find out whether the Russian pullback from those sensitive border districts heralds a new Kremlin policy for Syria under Putin’s direction, or the local Russian command was acting at the behest of its Defense Ministry superiors in Moscow. How to handle the new situation looming over the inflammable border areas of southern Syria is yet to be decided in Washington and Jerusalem. According to some suppositions, Moscow took this radical step to get back at the Americans for enlarging their footprint in the northeast by the device of establishing a safe zone for separating the two hostile forces, the Turks and the Kurds.