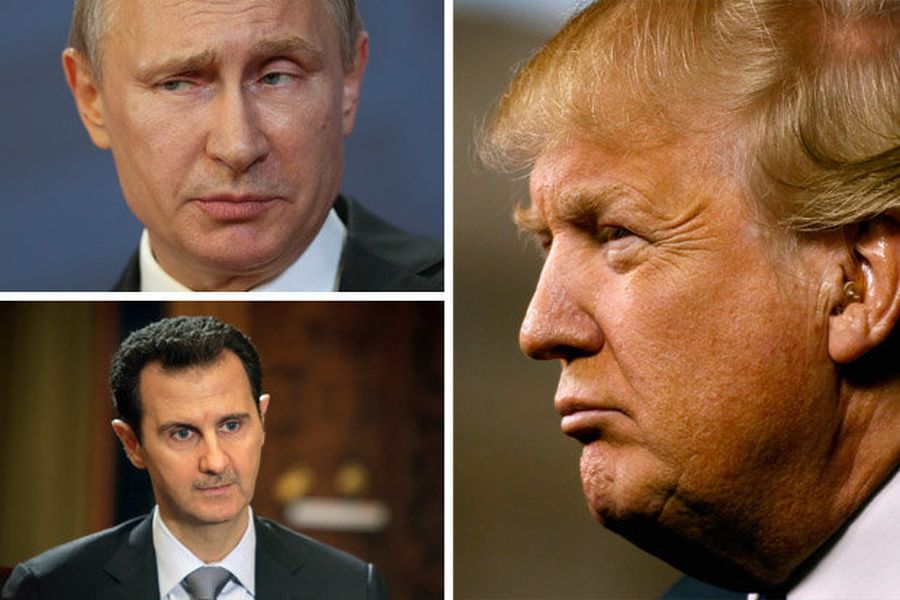 While openly blaming Syria (and Russia) for giving ISIS free rein, US quietly rebukes Moscow for not reining in the pro-Iranian push towards Israeli border.

“The Syrian regime has failed to prevent the resurgence of ISIS on their own soil,” said British Maj. Gen. Gedney, deputy commander of Strategy and Support for the US-backed coalition to defeat the Islamic State terror group.  And even in areas where Syrian forces have intensified their efforts against ISIS, progress has been, at best, fleeting, he said. “We’ve got no intention to operate in areas that are currently held by the [Assad] regime.”

DEBKAfile places the coalition general’s comments against the backdrop of the quiet deal struck earlier this month between Presidents Donald Trump and Vladimir Putin. That conversation charted a division of labor in the Syrian arena to avoid clashes between their forces. It was understood that Russia would reciprocate for US consent to abstain from operating west of the Euphrates (in Assad-ruled domains) by curbing Turkish, Iranian and Hizballah operations, especially in border regions.

Gedney’s comments, while only directly referring to ISIS, also coincided Wednesday with the fall of the Beit Jinn enclave in one of those operations.

He went on to say that a “limited numbers of ISIS militants… seem to be moving with impunity through regime-held territory,” and pointed to a new concentration outside the US al-Tanf post in the Syrian-Jordanian-Iraqi border triangle. “We’ve clearly seen a lot of operations by pro-regime forces, Russian-backed Syrian forces over to the east of the [Euphrates] river,” Gedney said. “We’ve questioned the effectiveness of some of those operations.” Syria and Russia must do more to wipe out ISIS in areas still controlled by the regime, US officials insist.
The US-led coalition is clearly pressing for a decision as to who will assume responsibility for dealing with this rising ISIS threat. DEBKAfile’s sources note that, alongside this question, is the one the US is implicitly addressing to the Russians regarding another terrorist threat: This one is posed by the fall of Beit Jinn opposite an IDF outpost in the foothills of Mount Hermon to a combined Syrian-Hizballah-militia force under the command of Iranian Revolutionary Guards officers. At the moment, this combined force stands 11km from the Israeli border and appears to be poised to continue its victorious momentum for an assault on the Quneitra pocket on the doorstep of Israeli Golan, unless it is stopped.

Israel has quietly warned the Trump administration that if this combined hostile force moves any closer, the IDF will have no option but to step in to push it back. Clearly, the understandings reached between presidents Donald Trump and Vladimir Putin were not holding up in this sector.
The Trump-Putin understanding was first revealed on Dec. 22 in DEBKA Weekly 783 (for subscribers) and the DEBKA Files ILTV show on Dec. 25. According to our exclusive sources, that understanding was sealed in a long telephone conversation on the Syrian question between the two presidents on Dec. 14.
Until now, it was understood in Washington and Jerusalem that Russia would reciprocate for US consent to abstain from operating west of the Euphrates (in Assad-ruled domains) by curbing Turkish, Iranian and Hizballah operations. Their deal hinged on two major points:

According to DEBKAfile’s military sources, Moscow claims that Putin’s commitment to Trump was met by withholding Russian air support from the disputed Syrian-Hizballah operations. But, in actual fact, the Iranian-commanded force circumvented the Russians and their deal with the Americans by fighting for Beit Jinn without Russian air support and winning the day without its help. This was more than a tactical victory to throw in Israel’s face; it set up a new reality in Syria, whereby Iran and Hizballah can cock a snoot at Moscow, its air cover and its deals with the Americans and go forward to win battles regardless and without Russian help.

The next few days are therefore fraught with three critical uncertainties: (a) Will ISIS persevere in its westward movement, or be halted by military counteraction? (b)  Will the Syrian army, Hizballah and pro-Iranian forces push forward from Beit Jinn to Quneitra and Israel’s Golan border? Or will they be stopped? And (c) Will the Trump-Putin understandings hold water, or will they be scuttled by (a) and (b)?