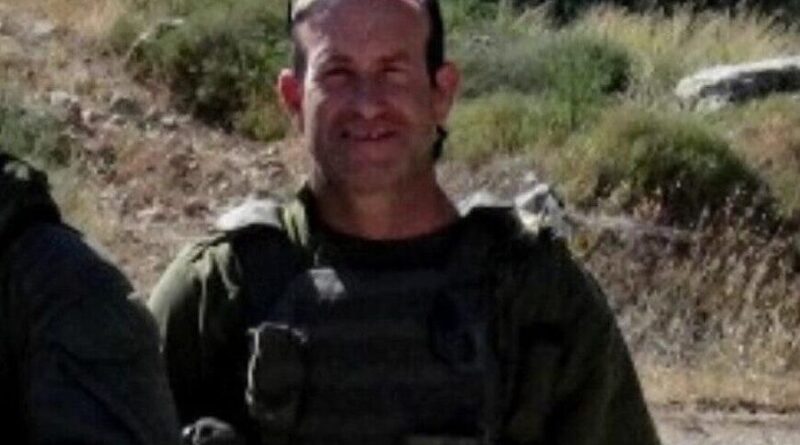 Veteran member of the police elite Yamam counter-terror unit, Sgt Maj Noam Raz, 47, was fatally wounded on Friday, May 13, in a clash with armed Palestinians during an arrest operation in Burqin village, near the spot in Jenin where the journalist Shireen Abu Aqleh was shot dead two days earlier. He is survived by his wife and six children.

Airlifted to hospital, doctors were forced to confirm the death of the 23-year veteran of hundreds of counter terror operations, whether as combatant or paramedic and on clandestine missions. Sgt Maj Raz was shot in the back by Palestinian gunmen as the unit pulled out after surrounding the home of Mohammad al-Dab’I member of the Islamic Jihad “military wing,” calling on inmates to surrender and finally arresting him.

Prime Minister Naftali Bennett and police commissioner Yakov Shabtai eulogized Sgt. Maj Raz in the highest terms as a hero who risked his life countless times under heavy enemy fire in complex and dangerous operations and finally laid down his life in the continuing mission to keep the country and its citizens safe.

The Palestinians reported 13 injured in the operation, including Daoud al-Zubaidi, brother of Zakaria Zubeidi, the convicted terrorist, who last year briefly escaped from Gilboa Prison before being recaptured.

On Friday too, military investigators reviewed the scene where the Palestinian journalist Shirin Abu Aqleh was shot dead last Wednesday in the Jenin refugee camp. In the absence of Palestinian cooperation in the inquiry, or even willingness to share the bullet extracted from her body during their autopsy, the IDF offered two optional hypotheses for the incident:

One, she was struck during the massive shooting assault leveled by armed Palestinians in a wild attempt to hit IDF vehicles. One of those hundreds of flying bullets may have hit the reporter by mischance.

Two, an Israeli soldier responded to the massive attack by aiming a telescope rifle from his jeep at one of the Palestinian gunmen, who then returned the fire. The journalist who was standing behind the gunman may have been caught in the crossfire   The two shooting positions were 200m apart.