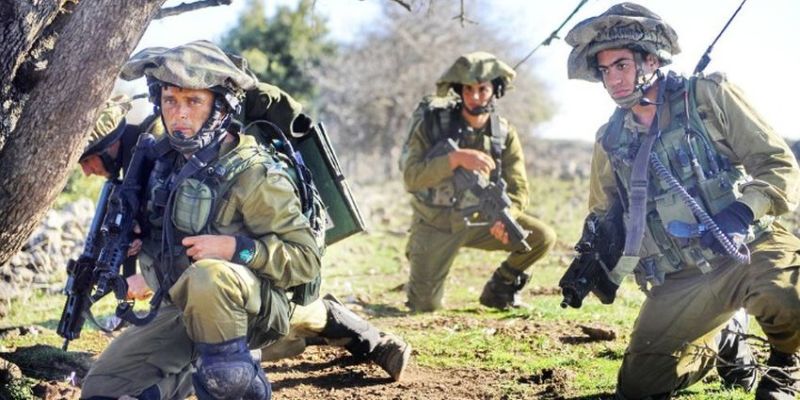 A military intelligence (AMAN) warning that Iran, Hizballah and an Iraqi Shiite militia are getting ready to stage an attack on Israel has just landed with a thud on the desk of Prime Minister/Defense Minister Binyamin Netanyahu. The rationale? Iran’s sabotage attacks on Gulf oil targets and the downing of a US drone on June 20 failed to attain the objective of forcing President Donald Trump to ease up on sanctions. To the contrary, the president intensified them.

According to AMAN’s experts, Tehran realizes it must up the pressure – either by directly hitting an American target in the region and causing the loss of American lives, or by going for a key Washington strategic target for dramatic impact. Israel appears to have been chosen for this role.

IDF intelligence watchers report that Iran and its Lebanese and Iraqi proxies are busy organizing a surprise attack, likely to seize a location, which would leave Israel with no option other than to launch a broad military operation that would soon descend into a full-scale offensive against Iranian forces in Syria and Hizballah.

This time, Netanyahu has been forced to abandon his usual policy of keeping tangible war threats under his hat. His preparations for the worst have not gone unnoticed. The ministers were called into special session this week to approve an across-the-board budget cutback of 1.15 million-shekel (app. $333 million) to pay for the country’s war preparations, although it was billed as necessary to cover domestic needs. The security cabinet has been holding one closed session after another; and the IDF has activated all its units, including the air force and navy, for a chain of war games every few days.

The war threat lands in the middle of the political turmoil besetting the country since Netanyahu failed to form a new government after the April election, the just-elected Knesset dissolved itself and and a new vote was scheduled for September. This week, the Knesset Speaker, Likud’s Yuri Edelstein, proposed legislation to repeal dissolution, call off the September election and establish a national unity government, to save the country from another agonizing and costly election campaign.

A snap opinion poll found a massive 69 percent preferred to avoid another election compared with 31 percent who wanted one. The proposal to turn back the clock was harshly criticized by the opposition parties as a cynical maneuver to rescue Netanyahu from losing the next election. In the last few hours, however, new voices are advocating a unity government in preference to an election, in consideration of a potentially impending Iranian war menace.

The winds of war swirling over Israel were also registered in a single, apparent throwaway comment by ex-prime minister Ehud Barak on Wednesday, June 26, when he came out of political retirement to announce the founding a new party for the explicit purpose of ousting Netanyahu. In a long TV interview, he used extreme language to blast the prime minister. But he also noted wistfully that, in the event of a war with Iran, he would want to be “near the table where the decisions are taken.” Barak, a former chief of staff and Labor leader, served as defense minister under Prime Minister Netanyahu from 2009 to 2013. During that time, he argued strongly in favor of an Israeli strike against Iran’s nuclear program. He is clearly eager to return to the game of war which he senses may lie ahead.