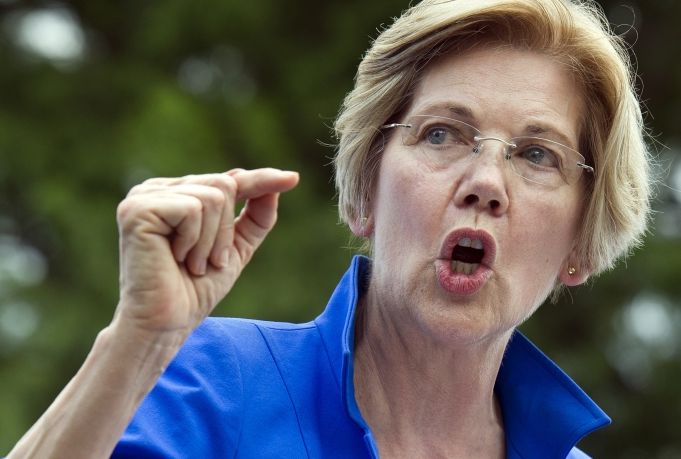 President Trump’s complete exoneration of wrongdoing in the debunked Trump-Russia conspiracy crushed the hopes and dreams of many on the far-left, such as 2020 presidential contender Sen. Elizabeth Warren (D-MA), who hoped to see the day that the duly elected president was forcibly removed from office.

However, Warren has pushed forward on a plan to continue to provide fodder for the conspiracy theorists who were let down by the Trump-Russia saga. She has engaged in a concerted, albeit evidence free, effort to cast Republican megadonors and other Trump backers (all of whom have not been charged with any crimes) as ruthlessly corrupt.

The latest man on Warren’s target list is GOP donor Elliott Broidy, who serves as the perfect candidate for her series of absurd, baseless, but opportunistic attacks on him. Largely due to his politics and his proximity to the Republican Party and the president, earlier this month, Warren pledged to use the power of her office to investigate Broidy for his “actions surrounding President Trump’s inauguration.”

Perhaps the biggest distinction between Broidy and Sen. Warren comes in the foreign policy realm. Broidy is an unapologetic supporter of President Trump’s foreign policy, which includes his pro-Israel stance. Warren, who in the past at least rhetorically acknowledged the America-Israel bond, has abandoned support for the Jewish state.

In doing so, she has hired a Hamas apologist who co-founded a group that seeks to isolate, delegitimize, and eventually destroy Israel. Additionally, her chief financial backer (who is currently her campaign treasurer) sits on the advisory board of J Street, a far-left group that was create to sell President Obama’s anti-Israel policies, such as its hostility to Israel at the United Nations and its demonization of the Jewish state, as pro-Israel.

To understand the current state of the far-left (Sen. Warren’s core base of support), look no farther than the recent Netroots Nation conference, a popular annual gathering of “progressive activists.” The conference, which took place this past weekend, featured unabashed, overt anti-Semitism.

“At the summit, t-shirts were sold grouping Zionism with racism, sexism, homophobia and antisemitism as maladies to be ‘resisted,’” reported Ben Jacobs in the Jewish Insider.

Mr. Broidy is far from the only influential Trump supporter to find himself in Warren’s prosecutorial crosshairs. Last year, the 2020 democratic candidate took to Twitter to accuse Republican megadonor Sheldon Adelson (who also happens to be Jewish and staunchly pro-Israel) of using his supposed nefarious influence to lobby the current administration.

“Sheldon Adelson is a casino tycoon & 1 of Trump’s billionaire buddies. He donated $20M to Trump in 2016. Now President Trump is lobbying the Japanese gov to let Adelson open a huge casino there. You’re not fooling anyone,” Warren tweeted in a late 2018 post, using the hashtag “#EndCorruptionNow.”

Warren’s pledge rings especially hollow when investigating who she has decided to target in her campaign to allegedly end corruption. Missing from the Warren crusade against corruption, most notably, is any major Democratic donor. Also missing is evidence or charges of any criminal behavior. The Massachusetts senator seems to be taking issue with lobbying itself, which is a protected First Amendment right. Far from ending corruption, Sen. Warren is attempting to criminalize free speech.

Harry Khachatrian is a Contributor at the Daily Wire, and a computer engineer, in Canada. Follow him on Twitter at @Harry1T6