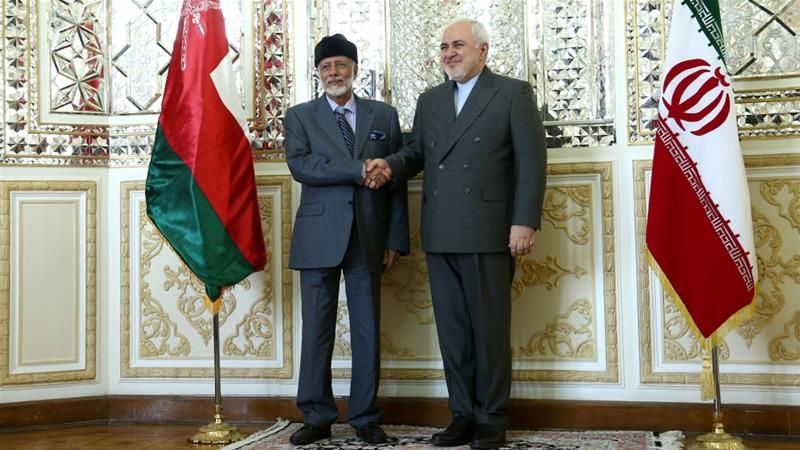 “Just remember, the Iranians never won a war, but never lost a negotiation!” US President Donald Trump commented on Monday, July 29 in one of his inimitable tweets which left people scratching their heads about what he meant.

Was he saying that war was the best option for America and the worst for Iran? Or was he ruling out negotiations because Tehran always wins? Maybe he was challenging the Iranians to beat them at their own game in a duel at the table.

DEBKA Weekly’s special sources, who have been monitoring the backchannel dialogue ongoing between Washington and Tehran for the past three months, infer from Trump’s enigmatic remark a piece of advice to the ayatollahs: give up aggressive military provocations against oil and US targets in the Gulf because sitting down and talking would serve them better.

This was not a throwaway comment out of the blue. According to our sources, it heralded the onset of the third round of secret US-Iran exploratory talks.

Round one was launched in mid-March with the help of the Swiss embassy, which represents US interests in Tehran. Senior Swiss diplomat Arnold Henninger, who has good ties with Iran’s president Hassan Rouhani, was placed at Washington’s disposal as a go-between. In mid-April, a separate track was launched by Iraq’s Kurdish president Barham Salih.

Neither track yielded results. After a fresh spike in the US-Iran conflict – with the Americans operating through Israel (see another separate item) – Washington turned to a third channel, via Oman. This brought the Trump administration back to the same Gulf intermediary, Omani Foreign Minister Yusuf Alawi, whom Barack Obama turned to four yeas ago. The Omani track was instrumental in bringing about the signing of Iran’s nuclear accord with six world nations in 2015, which Pesident Donald Trump quit last May.

A year later, Alawi was quoted as warning in a local media interview: “There is a danger of a war breaking out and hurting the whole world.” He went on to say: “Both parties – the Americans and the Iranians – are aware of this danger.”

This was an open invitation to Washington to use his good offices to ease the conflict with Tehran. For two months, the Trump administration ignored the signal from Muscat. But then, on Monday, July 27, Alawi arrived in Tehran for talks with Iranian leaders. This was the first overt indication that the White House had relented and accepted Oman’s top diplomat as a go-between on America’s behalf. His talks in Tehran indicated that the two powers had agreed to launch undercover talks in Muscat led by the Omani foreign minister on an agenda already approved by both sides:

1. A halt in attacks on oil, US and other targets in the Gulf region. For Washington, this amounts to military de-escalation by Iran; for Tehran it means the cessation of American military operations against its interests.

2. Terms for the easing of US economic sanctions on Iran, particularly its oil exports.

3. Drawing up US and Iranian conditions for reopening nuclear negotiations.

Our sources report that Abbas Aragchi, the political deputy at Iran’s Foreign Ministry Tehran, appears to be Tehran’s front runner for leading the talks in Muscat; he also led the 2015 nuclear negotiations, whereas the Trump administration has yet to choose his opposite number. The president is looking for a diplomat who, on the one hand is capable of the subtle bargaining needed for a compromise deal with Iran, while also able to play tough on sanctions. The leading candidate is Brian Hook, US Special Representative for Iran and Senior Policy Advisor to Secretary of State Mike Pompeo.

Just received: Washington’s decision to go for Oman’s mediation proposal for talks with Tehran finally convinced the Saudis and the Emiratis that the Trump administration had no intention of going to war with Iran over its aggression in the Gulf – even when it was directed against US targets. Riyadh and Abu Dhabi accordingly decided to open a track of their own to Tehran without the US. The seven-member UAE “coast guard” delegation which arrived in Tehran on July 30 for the first time in six years, was the opening shot. Iran expects Crown Prince Muhammed Bin Salman to follow the UAE ‘s lead and is dangling the offer of a joint plan for ending the Yemen war as a lure.