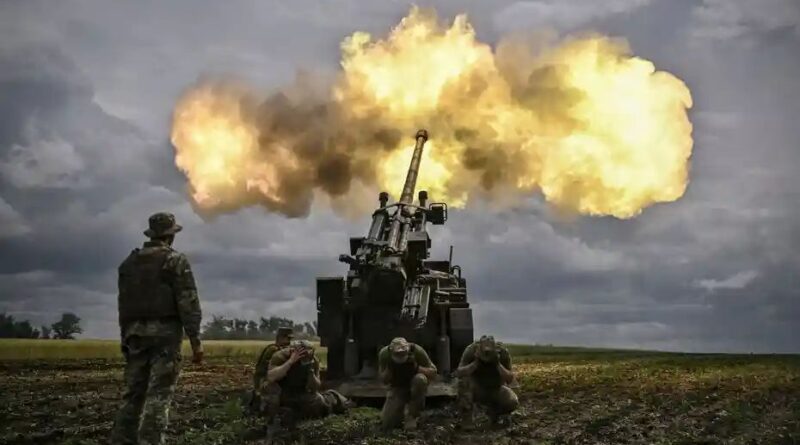 President Joe Biden’s decision this week to grant Ukraine another billion-dollar package for its war effort against Russia did not preclude questions in Washington and from its allies as to how long this war can go on. Washington has advanced a total of $5.6bn to Kyev since the Russian invasion of Feb. 24. The administration is currently up against 8.5pc inflation in America and other domestic challenges. Russia, for its part, has sold oil to the West worth $97 bn, enough to bankroll its Ukraine war and draw the sting of sanctions from its economy. By the end of the year, Moscow will have netted $285 bn from its energy sales compared with $236 bn in 2021.

The West has meanwhile slowed down deliveries of advanced weaponry, the Ukrainian army has begun complaining. Western military sources note that the fighting forces’ capacity to absorb the newfangled weaponry is declining along, tragically, with their numbers.

As the cost of the war becomes increasingly exorbitant, more and more voices are being raised in Western capitals calling for a roadmap to a solution of the Ukraine war. French President Emmanuel Macron, on a visit to President Volodymyr Zelensky this week, with German Chanceller Olaf Scholz and Italian Prime Minister Mario Draghi, commented: “Ukraine alone should decide whether or not to accept any territorial concessions towards Russia with a view to ending the war.” Macron thus referred to territorial concessions, a term hitherto unmentionable in the presence of Zelensky, who dreams of recovering territory grabbed by Moscow, including Crimea.

Macron in fact echoed former US Secretary of State Henry Kissinger, who had long experience of interminable wars. The veteran diplomat was sharply rapped exactly a month ago when he ventured to urge Ukraine “to cede territory to Russia to help end the invasion.” Expanding on this theme, Kissinger said: “Negotiations need to begin in the next two months before it creates upheavals and tensions that will not be easily overcome. Ideally, the dividing line should be a return to the status quo ante.”

The big stumbling block for now is that Ukraine and Russia have each convinced themselves that victory is within their grasp, whereas the facts on the ground show the tide of war turning in favor of the Russian army. At some point, Kyev will therefore not be able to avoid an eventual deal with Moscow that will entail giving up territory.

But meanwhile the appalling suffering, deaths, hardship and destruction are reaching the point of no return as entire communities, villages and towns are reduced to rubble. By the end this year, the Ukraine economy will have shrunk by an estimated 45 pc. The Russians commandeered this year’s Ukraine grain harvest, a primary export, and are selling it on.

More than 13 million people have left their homes since the Russian invasion. The UN says almost 5 million have escaped to neighboring countries with 8 million displaced inside the country. Altogether 12 million people inside Ukraine need relief and protection.

Biden administration spokesmen are sticking to their public support of Kyev’s undoubtedly heroic stand against a brutal invasion. But as the conflict drags on, an armed US-Russian conflict may loom, however much Washington seeks to avoid one. One Washington voice was heard commenting this week: “This unending war” needs to be resolved and the sooner the better.