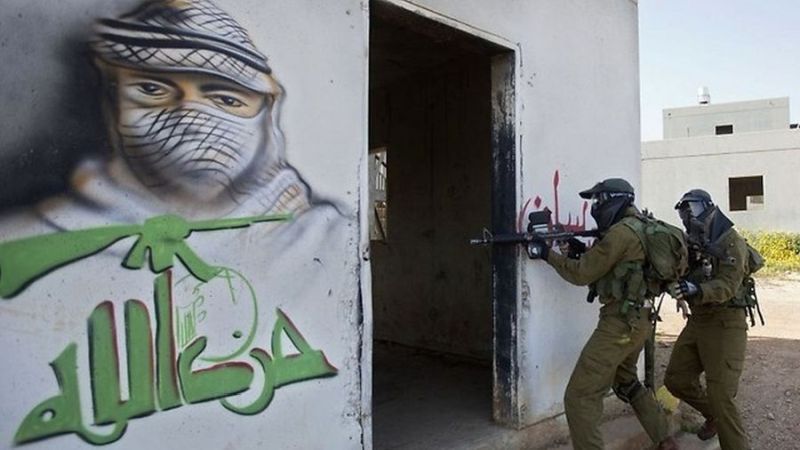 After evacuating almost half of the Lebanese Hizballah expeditionary force from Syria – around 4,000 fighters out of a total of 10,000 who fought for Bashar Assad – intelligence watchers were wondering for a while whether Hassan Nasrallah would go all the way and withdraw the entire force. But his latest orders to commanders remaining in the field are to get set for total withdrawal and pull the rank and file out of their bases in Syria to assemble on the Lebanese border. This development comes in the wake of Russian President Vladimir Putin’s decision to help Iran dig in and build a solid front in Syria against the US and Israel. (See the article on the new Iranian-Syrian military pact.)

Hizballah is emerging as the likely western front for the strengthened Russian-Iranian-Syrian alignment in the event of a full-scale war against the US and Israel. Its special forces after leaving Syria would be in place to open a second front by invading Israel and capturing northern population centers in Upper and Western Galilee.

This scheme was laid bare on Monday, Aug. 27, with the release by Hizballah’s own sources of the first images of mock Israeli villages sprouting along the Lebanese-Israel border. Special operations fighters returned from Syria were depicted in training sessions for their future combat mission.

Nasrallah has geared up his preparations for another war with Israel on the presumption that “Hizballah is now stronger than the Israeli army.” In a speech on Aug. 14, marking the anniversary of the 2006 war against Israel, he declared that the “forces of resistance” are “no longer the second strongest army in the Middle East after the Israeli army. Hizballah is now stronger!”

Sources close to the Hizballah chief portrayed him this week as spending hours a day in a serious study of world and regional events, before charting his next steps, therefore head and shoulders above other Middle East leaders. A team of dozens of translators and media experts collects the news from open sources and keeps him updated, they said, along with his intelligence services in different countries and his own private informants.

Nasrallah was reported to have seized on critical reports on the woeful state of the IDF recently voiced by veterans of Israel’s military and security agencies. He read every word of a damning report issued by Reservist Maj. Gen. YItzhaki Brik, the Israeli Army Commissioner for the Rights of Soldiers, which deprecated the army as a “mediocre organization suffering from being overburdened and exhausted.” Brik accused top officials of selling a false image [of the army] that does not correspond to reality. “We have become a group of cowards, There is a serious crisis of motivation among young officers,” according to Gen. Brik.

Nasrallah also quoted Yaakov Kedmi, the former head of the Israeli special service Nativ, as saying that “the motivation to serve in the military has been reduced. Israel is no longer willing to grant privileges to the army.”

At recent closed sessions, the Hizballah chief is wont to point out that Israel’s top leaders, including Prime Minister Binyamin Netanyahu and IDF Chief of Staff Lt. Gen. Gady Eisenkot, have for the past four years dodged serious combat – whether in Syria or the Gaza Strip against Hamas. He holds this determination up as confirming the Israeli veterans’ critical judgments. Nasrallah does not make light of the Israeli Air Force’s high skills but emphasizes that wars are not won by air but by brave and highly motivated commanders and fighters, who believe in what they are fighting for and trust in victory.

Nasrallah draws his confidence additionally from his movement’s track record: In the 12 years since the last war with Israel, his army has rarely lost a battle anywhere and has come out of the Syrian war with important successes. Indeed, contrary to majority US and Israeli predictions, Hizballah contingents fought winning battles against Syrian rebels, Al Qaeda and the Islamic State, and gained valuable operational experience in fighting as part of large military organizations, such as the Russian army, the Iranian Revolutionary Guards Al Qods Brigades, and imported foreign Shiite militias. Nasrallah can rightly claim the Hizballah terrorist organization has evolved into a professional army. It was part of the Russian, Iranian and Syrian lineup which managed to capture territory at least 14 times the area of Lebanon. Today, Hizballah is stronger than the Lebanese army and all its security forces combined,

Realistic about his country’s multi-ethnic character, with 18 sects and religions, Nasrallah does not aspire to establish an “Islamic Republic” in Beirut on the Iranian model or undertake state responsibilities for caring for an entire population’s wellbeing. Instead, he remains focused as ever on the Lebanese border with Israel and “resistance” – meaning a war on the Jewish state, which could be waged tomorrow, some time in the future, or not at all.