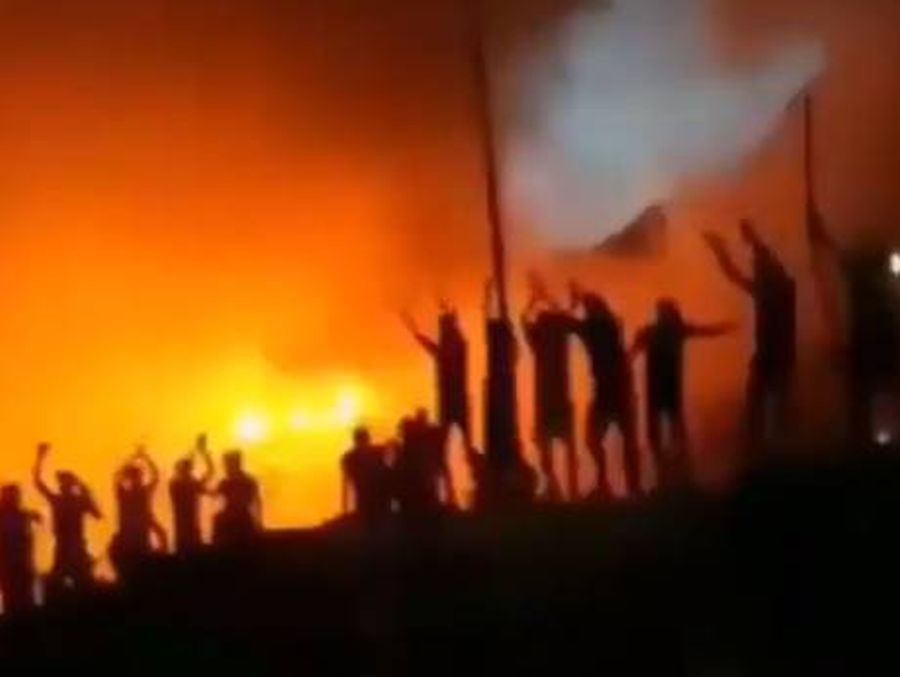 Tehran’s back yard, Shiite Iraq, is on the brink of a violent civil war. Anti-Iran riots were raging in the southern oil city of Basra and spreading to Baghdad when Iran’s leaders, Ayatollah Ali Khamenei and President Hassan Rouhani were conferring with Russian President Vladimir Putin and Turkey’s Tayyip Erdogan in Tehran on Friday, Sept. 7 on an offensive to subdue the last rebel holdout of Idlib and so finally end Syria’s civil war.

Iraq was to have emerged as the vital link in Iran’s coveted post-war land bridge to the Mediterranean via Syria and Lebanon. However, this week, the Islamic Republic of Iran was slapped by a historical irony, a backlash from its own Shiite coreligionists in Iraq, which threatens to snatch that goal away just as it comes within Tehran’s grasp.

During five days of violent protests and clashes with security forces, in which at least 11 people were killed, Shiites who dominate Iraq’s second city, the southern port of Basra, stormed and set fire to the Iranian consulate, blaming Tehran for the corruption rife in the country and the breakdown of basic services. Crowds on the streets chanted slogans against Iranian influence on Iraqi politics, ransacking and torching official buildings. Pro- and anti-Shiite militias were fighting each other on the streets. The violence reached the capital on Friday, when the fortified Green Zone, seat of government and foreign embassies, came under attack – first by Katyusha rockets then by mortars. The streets were cleared on Friday night by a nocturnal curfew. Moments after it was lifted Saturday morning, protesters came out to shell Basra’s international airport. Overnight they had seized control of Umm Qasr, Iraq’s oil export port.

If Iranian and Russian leaders had hoped to get the Idlib operation quickly out of the way and so ring the curtain down on the Syrian civil war, they were suddenly set back by the real prospect of a civil war breaking out in Iraq. Tehran was caught unawares by this development, which is all the more calamitous given the country’s disastrous economic crisis: Shop shelves in Tehran and other cities are empty, and even baby diapers are hard to find. The national currency continues the slide sparked in May by President Donald Trump’s exit from the Iran nuclear deal. The rial has plunged 140pc in value.

Putin too is confronted with a grave setback to his plans. He had gambled on the Idlib operation bringing the Syrian war to an end and, by solidifying Iran’s grip on Syria, opening the door for Russia to set up bases in Iraq. Iraq’s descent into internal anti-Iran Shiite violence may oblige Moscow to revamp the basic premise of his policy, i.e. partnership with the Shiite Muslim camp against the US- Israeli alignment with the Sunni Muslim bloc. The fate of the Idlib operation pales in significance compared with the pivotal turnabout in the region’s balance of power generated in less than a week by fiery Iraqi Shiite protests.

For this setback, Tehran has only itself to blame. In early July, when temperatures in Iraq were hitting 48 degrees Celsius, an unnamed Iranian official decided to turn off the current to Basra because the Baghdad government had stopped paying electricity bills. With their water taps running dry and air conditioning switched off, the citizens of Shiite Basra surged onto the streets to vent their ire against Tehran. It appeared that Iranian intelligence sources fell down on the job of assessing the mood current in the Shiite majority in Iraq.

However, DEBKAfile’s sources report that non-payment of electric bills was merely a pretext. Tehran had decided to stir up trouble in Iraq as a muscle-flexing lesson for President Trump and a demonstration of Iran’s ability to sow mayhem in various parts of the Middle East, if he goes through with the sanctions he proposes to impose on Iranian oil sales on Nov. 4. But the Iranian policy-maker responsible for sparking unrest in Shiite Iraq failed to appreciate its boomerang effect against Tehran rather than America.
The masses out on the streets in the Shiite towns of Iraq are protesting against the corruption deeply entrenched in Iraq’s ruling circles, including the government, the army and the forces of law and order, for which they hold strong Iranian political and military influence in Baghdad responsible. The violence was immediately directed against the pro-Iran militias and their political organs, while images of Ayatollah Khamenei were burned and banners carried the legend: “In the name of religion, the thieves are robbing us.”

Although Iraq’s general election took place in May, the various parties, none of which gained a majority, have failed to form a coalition, leaving the former prime minister Haydar Abadi at the head of a caretaker government. The machinations in Baghdad of Iran’s foremost regional wire-puller and strategist, Al-Qods chief Gen. Qassem Soleimani, are a key factor in the chaotic situation in Iraq. His efforts to install an Iranian puppet, Iraqi militia chief Hadi al-Amiri, as prime minister has deadlocked coalition negotiations, since it is opposed mainly by the Shiite cleric Muqtada Sadr whose bloc came out first in the election. The unrest in Iraq, though sparked by Tehran, threatens to veer out of its control in the absence of a government in Baghdad. to seize the reins.