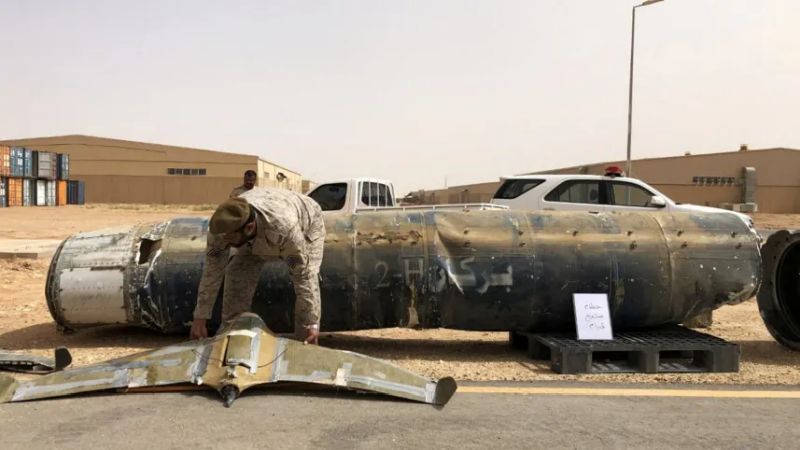 The discovery that the June 28 drone attack on a Saudi oil pumping station came from Iraq, not Yemen, has prompted concern that Iran and proxies have opened a new front against the US and Middle East allies. Which entity exactly fired the drones and from what part of Iraq are still enigmas. DEBKA Weekly’s military sources have been able to pin them down three possible sites and sources:

Jabel Makhul (Under the Mountain), a former Saddam Hussein presidential palace near the central Iraqi town of Samarra, is large enough to hold the headquarters of more than one Iran-serving Iraqi Shiite militia. Its 90 structures cover an area of 26 square kilometers, including a presidential residence, three large, multistory buildings, five medium sized ones, 75 villas, five warehouses and a parking lot. That is one possible launching pad.

The second is As Saqlawiyeh in Anbar Governate, which lies between Habbaniyeh, the most important US air base in Iraq, and Fallujah, roughly 8 kilometers to the southwest on the main freeway.

Then there is the Camp Speicher or Tikrit Air Academy, an Iraqi air force academy and former US base near Tikrit, some 170km north of Baghdad and 11 km west of the Tigris River.

The distance from all three putative launching sites to the Saudi desert pumping station is approximately 900 km.

There is, of course, a fourth option, that Iran’s Iraqi pawns disguised the source of the attack by hauling the disassembled UAV up to the Iraqi-Saudi border, putting it back together and launching it from there.

No one in authority, except for a handful of buffs, is much interested in the kinds of military drones to be found in Iraq, especially in the hands of pro-Iranian Shiite militias. Interest may perk up now that Tehran’s proxies have begun using them to blow up the property of Iraq’s neighbors.

DEBKA Weekly reports from its military sources that some of Iraq’s most powerful Shiite militias shop for drones on the international black market; others demand and get them from Iran. Two Iran-backed militias, Harakat Hezbollah al-Nujaba and Kata’ib Hezbollah (which also has a base in Lebanon), freely admit to receiving supplies from the IRGC and storing them in Baghdad, in the Makhul palace and at Saqlawiyeh.

Kataib operates UAVs from both these compounds, as well as the runways of the former US air base at Camp Speicher. The Nujaba militia, like the Iraqi Ministry of Interior, has hired Iraqi contractors to maintain its drone arsenal.

The leaders of both militias are listed as terrorists by the US State Department. The terrorist groups which fought the US during the Iraq war are now flying Iranian-made military quality drones.

While Iran is known to deliver Yasir and other ScanEagle variant drones to its Iraqi militias, a recent Kata’ib video shot from a drone shows the landing gear of a UAV larger than Yasir. It may be one of Iran’s Ababil-3 series.

The air over the Middle East is buzzing with droves of unmanned aerial vehicles – not only in the service of armies, police forces and spy agencies, but every paramilitary body worth its salt, Shiite, Sunni or ex-Islamic State, runs a private drone fleet – from the most primitive to the most sophisticated. Iraq’s skies teem with UAVs of various types. It is therefore not too surprising that neither the Americans nor the Saudis picked up on the armed drone on its way to bomb the Saudi pumping station. Militiamen and policemen buy them off the shelf in Baghdad and the Internet for improving the accuracy of their artillery. The most popular models which are good for aerial photography and video come from the Chinese DJI company. The Iraqi military has access to combat drones and acquired the Chinese-mad Cai-Hong (CH-4) model, which resembles the US General Atomics MQ-9 Reaper flown by the US coalition but larger with a 60-foot span.