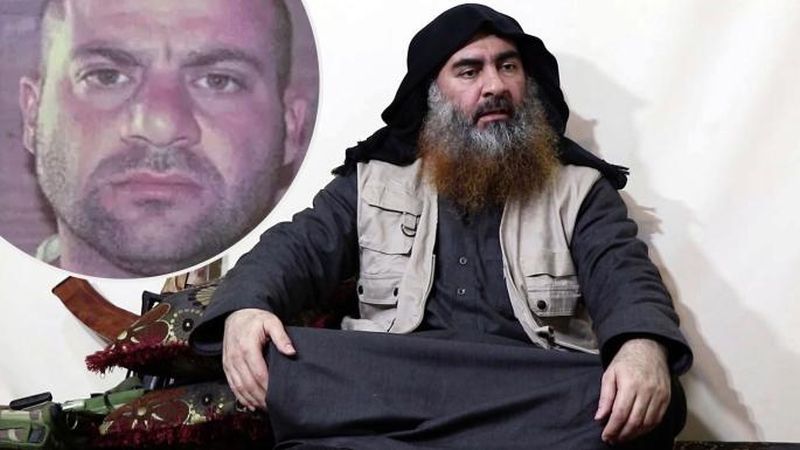 US President Donald Trump said on Tuesday, Oct. 27, that Abu Bakr Al Baghdadi’s most likely replacement as leader of the Islamic State of Iraq and the Levan has been terminated. “Just confirmed that Abu Bakr al-Baghdadi’s number one replacement has been terminated by American troops, Most likely would have taken the top spot, Now he is also Dead,” Trump tweeted. Although he did not identify this person or explain how he was killed, a separate statement from Washington the day before confirmed that Abu al-Hassan al-Muhajir had been killed. He was described as “an ISIS spokesman and a high-ranking figure within the group.”

DEBKA Weekly’s counterterrorism sources point out that no one in ISIS past or present has ever referred to Al-Muhajir as Al Baghdadi’s successor. How, indeed, would this terrorist group go about choosing a successor to the “caliph?”

Al Baghdadi was the supreme political and religious leader of ISIS. As caliph, his authority was virtually unlimited. The group’s upper echelons were manned by his advisers, his deputies for overseeing operations in Iraqi and Syria and the Shura Council, which technically had the power to depose Baghdadi or elect a new caliph. The Islamic State was also administered by a set of councils responsible for security, military affairs, media and finance.

In the absence of solid information on the inner workings of this ruthless organization, one can only speculate that the heads of these councils will take part in the choice of Baghdad’s replacement. However, as things stand now, there is no information on their identities, whereabouts or even which of them has survived the coalition campaign to destroy ISIS. There is therefore no knowing whom they will choose. In ISIS’ current situation, most of its surviving top leaders are on the run or buried in hideouts. This makes an orderly session for the appointment virtually impossible to convene. Their resources may stretch to couriers going back and forth among the members of the Shura Council to collect their votes – a process that would drag on for many months.

The only remainder of the broken terrorist group appears to be the strong administrative structure which once conducted the “caliphate’s” affairs. This kernel appears to be the only component still functioning sufficiently to take a hand in the choice of the next leader. It will no doubt push through or delay a decision according to its own interests.

After considering all the players and circumstances involved, DEBKA Weekly’s sources have discovered two members of the ISIS leadership whose names stand out as possible candidates to replace Al Baghdadi: Abu Hajj Abdullah aka Abu Saleh al-Jazrawi and Abu Othman al-Tunisi. The first, a Saudi national, headed the Executive Committee, while the second, a Tunisian national, headed the Shura Council.

Both are controversial figures among the rank and file of the terrorist organization because they are neither Iraqi nor Syrian nationals, unlike most of its members. In August 2018, when the Iraqi air force and intelligence services claimed to have killed Al Baghdadi, defining his condition as “clinically dead,” there was an uproar in the top echelons of ISIS when Othman’s candidacy was put forward, on the grounds that he was neither Iraqi nor Syrian.

Speculation then switched to Abdullah Qardash, a former Iraqi Army officer who attained high rank in ISIS. He was imprisoned at the US Bocca Camp in Iraq along with Al Baghdadi (who was released after a few months). A few months ago, the Amaq News Agency, which is affiliated to ISIS, reported that Qardash had been selected to replace Al Baghdadi although the “caliph” was still alive. This claim was never confirmed by Iraqi intelligence sources. They claimed, in fact, that Qardash had died in 2017 and his daughter is being held in Iraqi intelligence detention.

Last minute flash: ISIS short-cut the selection process with unusual speed. An audio statement on Thursday night confirming the death of its leader Abu Bakr al-Baghdadi named an unknown individual Abu Ibrahim al-Hashimi al-Qurashi as its new leader. Al Qurashi’s name has never cropped up before, either as a member of the organization’s Shura Council, as a senior commander, or in association with its executive committees.