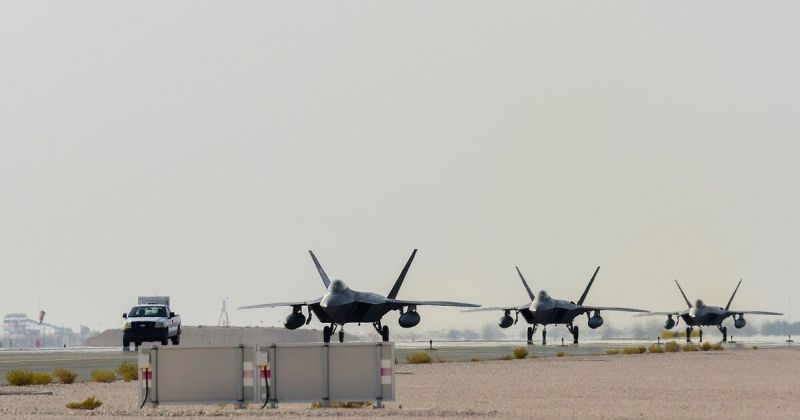 Offering a variety of pretexts, a dozen world governments – oil producers and oil consumers alike – are turning away from the Trump administration’s projected international initiative for securing Gulf shipping.

After Iran’s seizure of the UK-flagged Stena Impero tanker on June 19, the US announced the formation of “Operation Sentinel,” a multinational maritime effort “to increase surveillance of and security in key waterways in the Middle East to ensure freedom of navigation.” Any impression of resolve was quickly dampened by Kathryn Wheelbarger, a senior policy official at the Pentagon, when she explained that the new initiative, was “not about military confrontation.”

So what is it about, its potential members asked, if not to deter Iran from attacking commercial shipping in the Gulf?

Their concerns regarding America’s motives in setting up a multinational policing force fall under three main heads:

1. That the Trump administration will use the new force for twisting Tehran’s arm to renegotiate the 2015 nuclear pact or even as a tool for attacking Iran for refusing to come to the table.

2. That they were being pressed into acting on behalf of a hidden US plan. While avoiding direct military confrontation with Iran, Washington means to use the coalition as a lever to threaten Iran and its expansionist designs in the Gulf and Middle East and so promote its own agenda for forcing Iran to submit to negotiations.

3. That, while Iranian aggression continues and, according to intelligence estimates, is still short of its peak, the coalition pact with will compel its members to follow Washington’s lead, even when they find it wrongheaded.

Gulf oil producers like Saudi Arabia and the United Arab Emirates opted to stay out when they saw the Trump administration avoiding contributing troops and financing for a lead role in “Operation Sentinel.” US officials made it clear that the existing US presence in the region should suffice. The project was presented as an “alliance of the willing” for confronting future attacks, with the US providing only “coordinating ships and lead surveillance efforts” for the allies who patrolled nearby waters and escorted the commercial vessels with their nation’s flags.

This definition of the US role was found unacceptable by the initiative’s potential allies. Without active US military participation, none are able or willing to grapple with the task of keeping safe an average volume of 14 tankers per day carrying 17 billion barrels of oil which passes through the Gulf’s narrow Strait of Hormuz chokepoint under Iranian shore-based guns.

Then, too, extensive reports appeared this week in Washington attesting to a leak sprung in the “maximum pressure” sanctions on Iranian oil sales imposed last November. Sources at Chinese ports see consignments of Iranian crude coming in and being put in “bonded storage.” These movements do not show up on Beijing’s import data and may not even breach US sanctions, but even the inert presence of Iranian oil in safe harbor affects the markets. (DEBKA Weekly 849 first revealed on May 29: China Helps Iran by Providing Storage Tankers for its Unsold Oil.)

Therefore, US allies see shortcomings in the Trump administration’s military strategy as an effective deterrent for Iran as well as its oil embargo proving far from watertight. Iran’s military threat on its Arab neighbors’ oil exports from the Gulf continues to loom large, while its own crude is kept safe in Chinese ports and Tehran keeps its hand on the world’s markets.

Furthermore, physical control of many millions of barrels of Iranian oil arms Beijing with leverage in its dealings with Washington.

The Trump administration responded to this Chinese game for the first time on Tuesday, July 23, with new sanctions on the Chinese Zhuhar Zhentong company, which is accused of buying US sanctioned oil from Iran. The firm was previously listed in 2012 for supplying Iran with refined products but delisted in 2016 following the 2015 nuclear deal. Since then, the Chinese company has expanded its international operations and appears to be the lead player in China’s “bonded storage” ruse for Iran.

Like China, Russia and India will not even consider joining any US international force against Iran, even though threequarters of the world’s seaborne oil is destined for Asia.

The Saudis and the Emiratis maintain that they are up to their ears in the Yemen war against Iranian-backed Houthi insurgents and are safeguarding the Red sea lanes. The Saudi and UAE crown princes, MbS and MbZ, are steadfastly refusing to put up funds for the regional pact President Donald Trump has been promoting since he entered the White House in 2017. They lost faith in the plan as soon as they realized that its underlying objective was to bring Iran to the negotiating table.

As for the Europeans, Trump and French President Emmanuel Macron are at daggers drawn, not least over the latter’s plans to create a European army without the United States. France maintains a naval and air base in Abu Dhabi for fighter jets and special forces yet declines to place them at the service of the US initiative for securing Gulf navigation.

A French official said this week that Paris views the US plan as “counterproductive” because “Tehran would see it as an anti-Iranian move.” (sic) Britain, despite the oft-flaunted “special relationship,” refused to play ball with the US coalition plan over the former UK Prime Minister Theresa May resentment of Trump’s failure to come to her aid over the Brexit crisis. She is convinced that with the US president behind her, she would have survived that contest. Instead, she was forced to step down. From the point of view of Washington, the changing of the guard at 10 Downing Street and its takeover by Boris Johnson on Wednesday, July 24, may be good news, although the new UK premier may beware of making himself unpopular at home by appearing to be in America’s pocket.