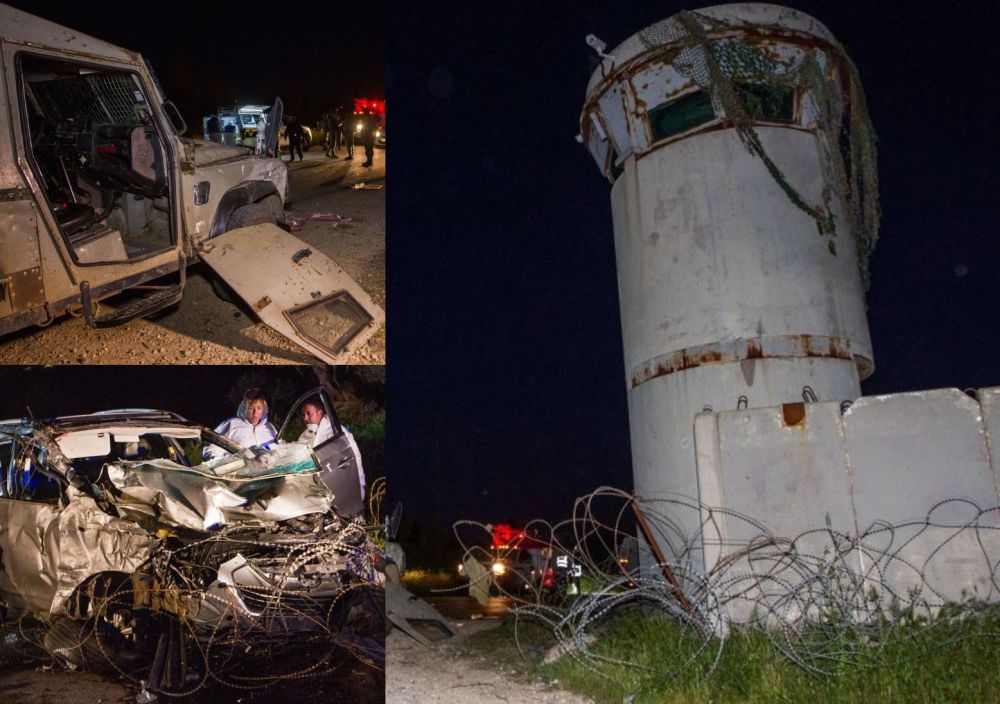 An Israel officer and a conscript were killed securing a highway in northern Samaria on Friday, March 16. A third remained in critical condition Saturday after surgery for severe head trauma; a fourth suffered “moderate” injuries to his lower limbs. The four Israeli servicemen were securing the highway outside Mevo Dotan 8km from Jenin in northern Samaria, when Alla Kabha, 26, from Barta’a village, deliberately crashed his car at high speed into a group of soldiers.
Early Saturday, the top IDF top brass visited the scene of the attack: Chief of Staff Lt.-Gen. Gady Eisenkot was given a briefing, accompanied by the new OC of IDF Central Command, Maj.-Gen. Nadav Padan; Coordinator of the Government in the Territories (COGAT), Maj.-Gen Yoav Mordechai; Head of the Home Front Command, Maj.-Gen. Tamir Yadai; and Commander of the Judea and Samaria Division, Brig.-Gen. Eran Niv.

The military spokesman meanwhile announced that an earlier closure of Barta’a village had been lifted, while searches were conducted. Then came announcements that the terrorist’s brother had been detained for questioning, his home mapped out for the demolition squad, and work permits in Israel revoked for around 60 members of his extended family.
Highway 585 which serves the Israeli communities in the area was reopened for Palestinian traffic, although roadblocks were set up for checking passing cars. Gen. Eisenkot’s “back to normal” policy was in full swing short hours after a deadly attack, leaving too many questions  unanswered.
DEBKAfile’s military sources ask the following:

28 thoughts on “Why did no one shoot to stop the Palestinian car rampage that killed two Israeli soldiers?”