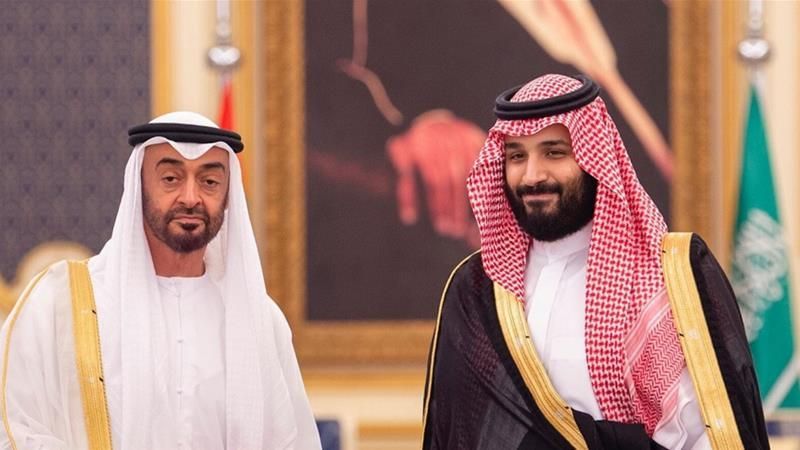 Much has been made of the attempt by Abu Dhabi Crown Prince Sheikh Mohammed bin Zayed al-Nahyan (MbZ) to heal the UAE’s rift with Saudi Arabia over Yemen as the purpose of his unconventional trip to Riyadh on Aug.12 during the Eid festival. After he sat down with King Salman Bin Abdelaziz and Crown Prince Muhammed bin Salman (MbS), a joint statement was issued, urging the conflicting parties in Yemen to enter into dialogue for ending their civil war.

But MbZ had come on a more urgent errand, DEBKA Weekly reports. He pressed his Saudi hosts to call of off their air campaign against the Iran-backed Houthi insurgents, in return for which the Houthis would halt their drone and missile attacks on Saudi military and civilian locations.

The Saudi rulers’ response to this proposition is not known. However, the situation in Yemen has appeared more or less unchanged in the past week, and the Yemeni rebels continue to strike targets in Saudi Arabia. This may mean either that the Saudi rulers rejected the UAE leader’s proposition, or that they are at odds among themselves on the issue, with King Salman inclined to accept it and MbS against – or demanding more time to decide.

The UAE ruler undoubtedly came to Riyadh after he was convinced that the Houthis were willing to take certain steps to prove they were not Iranian proxies and that, although they received military assistance from Iran, they were able to act independently. This message would have been conveyed through recent back-channel contacts between the Yemenis and UAE intelligence.

This development took place in the shadow of the stinging defeat suffered by Saudi forces backing the Yemeni government when the UAE-backed separatist Southern transitional Council (STC) seized the southern port city of Aden. The followers of Yemen President Abdrabbuh Mansur Hadi abandoned their positions in Aden and fled, leaving behind a conundrum: Why did the Saudi air force jets cruising over the embattled port city refrain from intervening on their behalf and striking the STC? An aerial attack on separatist forces could have saved Aden for falling in their hands.

Did the order to the air force to stay out of the battle come from the crown prince or perhaps from his rivals at the royal court? This point matters. If the order came from MbS, it would indicate his willingness to go along with the UAE bid to negotiate an end to the Yemen war and engage Iran in diplomatic dialogue, so separating Riyadh from the Trump administration’s maximum pressure policy for Tehran. But if his enemies were able to stop the Saudi air force from going into action – in defiance of his orders, then Yemen is not alone in suffering a mini-coup; another one may be taking place in Riyadh.