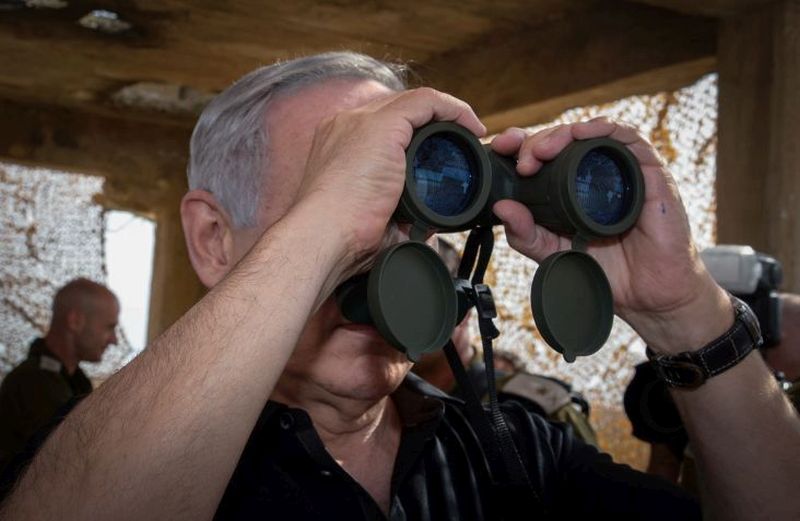 Jerusalem has received strong messages from Washington encouraging the IDF to go ahead with an operation for driving Iran out of Syria, along with its Hizballah and Shiite militia proxies. One such message was handed to the IDF Chief of Staff Lt. Gen. Gady Eisenkott in the last week of June, when he talked with Gen. Joseph Dunford, Chairman of the US Chiefs of Staff in Washington. It came with an offer to deploy US anti-missile missiles in Israel while also laying on intelligence and quantities of ammo and fuel as needed.

The administration estimates that a Middle East war is around the corner anyway in the coming weeks in consequence of the US embargo on Iranian oil sales. Meanwhile, US intervention thwarted an Iranian effort to get hold of the $300 million it holds in the European-Iranian Trade Bank. The CIA tipped Berlin off that the money was earmarked for the use of the Revolutionary Guards Al Qods Brigade which runs external terror and subversion. The agency had received intelligence that Iran needed the money to bankroll its preparations for a war with Israel in Syria. Germany’s Bafin markets regulator and Customs Intelligence department responded to the US tip-off by informing Tehran that the funds were unavailable pending a close scrutiny.

What this means is that the Trump administration is hitting on Iran’s international banking ties and funding for its external operations – even before the US oil embargo is clamped down in November.

On Tuesday, July 10, US Secretary of State Mike Pompeo charged Russia with reneging on the Trump-Putin accords for Syria. In an interview with Sky News in Arabic, Pompeo said: “We had an agreement with the Russians that they would not move in the south. There was a de-escalation zone that the Russians had agreed to. They have now violated that.”

This was a message for Israel that Prime Minister Binyamin Netanyahu should save himself a journey to Moscow, scheduled for the following day, because Vladimir Putin is not to be trusted. Even if he did guarantee the ouster of the Iranians and their pawns from Syria, the Russian leader would break his word. Therefore, it was time for Netanyahu to stop treading water for deals with the Russians and start sending the IDF to do the job of evicting Iran in Syria. This would enable Trump, when he sits down with Putin in Helsinki next Monday, to demonstrate that the US is not holding Israel back from engaging Iran.

So why is Netanyahu hanging back?

He may be worried by a former episode that ended badly. In 2006, President George W. Bush and Secretary of State Condoleezza Rice urged the Israel prime minister at the time Ehud Olmert to conduct a blitz operation for smashing Hizballah’s war buildup in Lebanon, trusting it would be over and done in days. However, the IDF turned out to be unprepared, the operation dragged on for 34 days, Hizballah was not smashed or defeated and northern Israel came under heavy rocket attack – until Rice managed to scrape together an unsatisfactory ceasefire.

While no one in Israel has forgotten that unfortunate experience, DEBKA Weekly’s sources have a different explanation for Netanyahu’s hesitancy. Despite his hawkish image, his entire record as prime minister attests to extreme caution when it comes to full-scale war. He is less venturesome in this respect than any of his predecessors, having taken to heart the precept that it is easier to start a war than calculating when or how it will end.

His vacillation also stems from the absence of reliable US or Israeli intelligence predictions on how Iran will respond to an Israeli offensive. It is still an enigma and so Netanyahu and Israel’s top military chiefs are carefully taking extreme scenarios into account. They accept that going to war against Iran and Hizballah would potentially inflame three hostile fronts on its borders – Syria, Lebanon and the Gaza Strip, and may spill over into broader regions. In the worst case, Iran could launch ballistic missiles from its home bases against Israel’s population and strategic centers. While hoping to avert a missile duel between Israel and Iran, Israeli strategists understand that they may not be in full control.

Matters may have been taken out of their hands when on Wednesday a Syrian military drone entered Israeli space, only to be shot down by an IDF Patriot missile, and followed by Israeli air strikes against three Syrian outposts near Quneitra. This round of hostilities may be the trigger for an Israeli-Syrian showdown over the Golan, in which pro-Iranian and Hizballah forces will certainly take part with unforeseeable consequences.