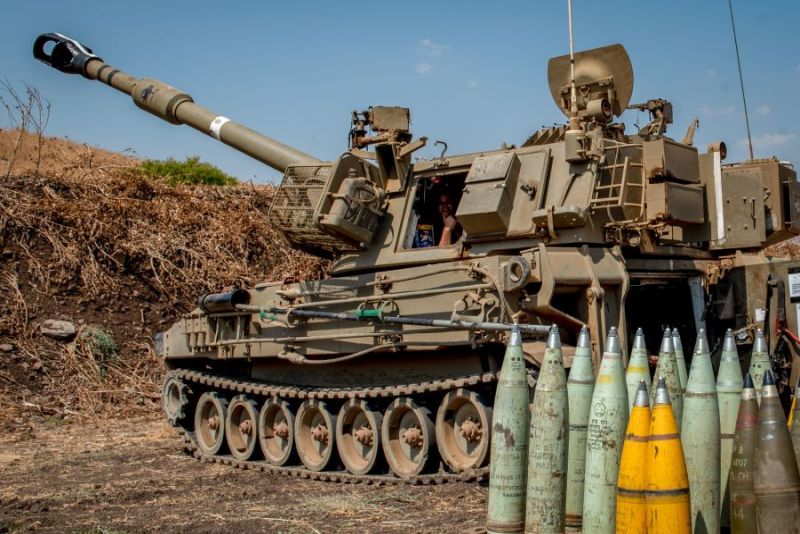 If Israel’s Prime Minister Binyamin Netanyahu drew back from a punishing military punch-up with Hizballah on Sunday, Sept. 2, it was to avoid being ensnared in the trap laid at his feet by Iran’s Middle East commander, Al Qods chief Gen. Qassem Soleimani, IRGC chief Gen. Hossein Salami and Hizballah’s Hassan Nasrallah. The trap was set at a secret palaver in Beirut on Aug. 23. The Hizballah rocket attack was to be the trigger of a major escalation for drawing Netanyahu into the quagmire of a disastrous military operation in time to scupper his chances of winning the Sept. 17 general election. (See the last DEBKA Weekly issue of Aug. 31: Iran’s Beirut War Counsel Resolves to Topple Netanyahu in the September Election).

Netanyahu figured that the three Shiite war leaders intended for the outbreak of hostilities against northern Israel to be matched by a corresponding upsurge of violence by Palestinian Hamas and Islamic Jihad who would open a second front from the Gaza Strip. His reputation for safeguarding national security would be torn to shreds, with the willing assistance of his political rivals and an opposition camp led by three former defense ministers and four chiefs of staff who would tell voters cowering in bomb shelters exactly whom to blame and so finally oust Netanyahu’s Likud party.

That was how the prime minister saw the Hizballah attack. The high IDF command and Chief of Staff Lt. Gen. Aviv Kochavi, relatively new on the job after nine months, had a different vision. The IDF chief expected a Hizballah attack but he viewed it as opening out into the first full-scale war on his watch

His briefings in the past fortnight to the commanders were built around the expectation of a major flareup estimated to run into weeks. They were told to prepare to counter Hizballah rocket attacks heavy artillery fire and the use of explosive drones. Civilian evacuations might become necessary, in which case they would have to care for their needs in the emergency. Kochavi’s message was. “We in the IDF are about to rewrite the military equation.”

He was referring to the 13-year old understanding reached at the end of the 2006 war whereby Israel was committed to refrain from attacking Hizballah in Lebanon (though not Syria), while Hizballah undertook to abstain from launching aggression against Israel from Lebanon.

Ready for the worst-case scenario, Kochavi ordered massive deployments of tank, recoilless cannon and special forces divisions to Israel’s borders with Lebanon and Syria. Israeli warplanes and naval units cruised over Lebanon and opposite its coast, constantly primed to snap into action against Hizballah at a moment’s notice. The IDF sealed northern Israel’s air space to civilian flights and threw up manned military roadblocks along its roads.

These measures, which turned out to have been over-the-top, had a covert paradoxical face, as DEBKA Weekly’s military sources report. Amid the loud trumpeting of the massive IDF concentrations positioned opposite Hizballah, the military positions on the Israel-Lebanon border were quietly evacuated. As a subterfuge to keep Hizballah guessing, armored personnel carriers and military trucks were left in place and packed with dummies. Had Hizballah discovered the deception, its forces could have easily surged across the border and grabbed military positions and villages without facing resistance.

The rationale behind this dodge was rooted in the incident which triggered the 2006 war: Hizballah’s abduction of Israeli troops. This time, Kochavi and the OC Northern Command, Maj. Gen. Amir Baram, decided that would-be abductors would find rubber dolls if they sought revenge for the IDF air strike on an Iranian-Hizballah drone team at Akraba south of Damascus on Aug. 22, or its drone strike on the Beirut suburb of Dahya on Aug.24.

For verisimilitude, an “evacuation of casualties” from the front line was faked by an IDF ambulance helicopter lifting “loaded” gurneys to Haifa’s Rambam hospital. The idea was to convince Nasrallah that his rocket attack had achieved its purpose and caused Israeli troop casualties.

But just as the entire incident fell flat, so too did the hoax. Hizballah had apparently not intended to do more than shoot a couple of rockets. And even though they missed, he was satisfied. He refrained from dragging the incident any further by reacting to Israeli artillery shelling of {empty) fields in South Lebanon, coolly sticking to an apparently preset plan of action.

Gen. Kochavi, instead of the kudos of a major military operation, was reviled for playing at deception instead of giving Hizballah a good hiding. In the eyes of the ordinary Israeli, he proved as ineffectual against Hizballah as he was against Hamas and Islamic Jihad in the Gaza Strip.

Two days later, questions were being asked about who was responsible for letting Hizballah get away painlessly with a rocket attack on the Israeli military. And how come that the IDF retaliation, which looked so impressive at first sight, produced little more than heavy smoke that concealed the shelling of empty fields, well away from Hizballah bases or manpower. Similarly, when the military spokesman reported an Israeli air strike against the Hizballah rocket launch squad, no one was hurt.

DEBKA Weekly’s military sources have heard claims that the IDF is still cleaning up the policies bequeathed by Kochavi’s predecessor, ex-chief of staff. Lt. Gen. (res) Gady Eizenkott was wont to preach to his officers that intelligence input should not be automatically channeled into direct action. Some military operations can be sidestepped with the help of ruses and deception. Prime Minister Binyamin Netanyahu often bought this view, although, our military sources report, it raised hackles in high-ranking military circles. They maintained that this policy never worked on the Gaza front against Palestinian extremists and would not work in Lebanon against their Shiite ally. Just as it left the initiative for action or inaction in Gaza to Hamas, it grants Hizballah the same freedom to choose if and when to attack Israel and when to hold back.