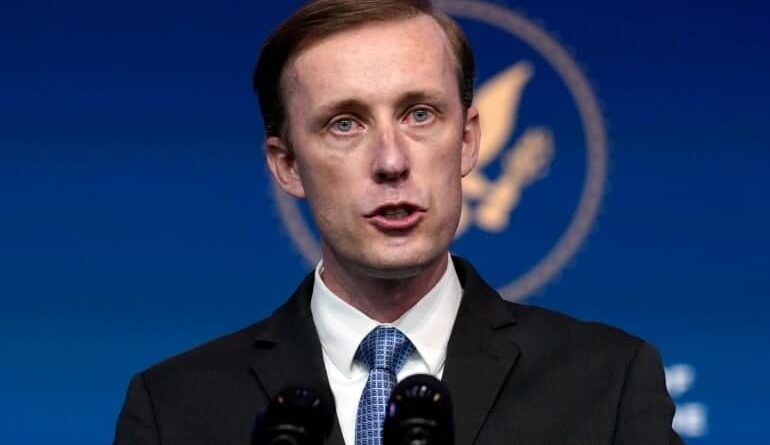 Attention was drawn to Iran’s sponsorship of terrorism by the explosion outside the Israel embassy in Delhi on Friday, Jan. 29 – without, however, detracting from the Biden administration’s first priority – dealing with Tehran’s rapid advance to a nuke. Alarm over Iran’s possible breakout to a bomb within weeks was strongly registered in Washington, Paris and Jerusalem.

President Joe Biden’s national security adviser Jake Sullivan (see picture) said on Friday that Iran’s “other bad behavior, its ballistic missile capability, support for terrorists, and aggressions,” would have be to be set aside for now, in order to address “a critical early priority:” He named this as the “escalating nuclear crisis as they move closer to having enough fissile material for a nuclear weapon.”

The White House on Friday nominated Robert Malley, architect of the original Iran nuclear deal negotiated by the Obama administration as envoy to the Islamic Republic. But meanwhile, US B-52 nuclear bombers kept on flying over the Gulf after the transition from Donald Trump to Biden. The new president is clearly testing a two-track Iran strategy – a push for diplomacy and military deterrence.

And in Paris, French President said that a “very short time” remained to prevent Tehran from having a nuclear weapon. He also stressed the need to add Saudi Arabia to prospective nuclear talks.

Tehran shot back on Saturday by ruling out any amendments of the 2015 nuclear accord as “non-negotiable” and declaring the parties which signed it [US, Russia, France, UK, China and Germany] to be “unchangeable.”

President Donald Trump pulled the US out of the nuclear deal in 2018 after Iran was caught in violations, including the production of advanced centrifuges for speeding uranium enrichment beyond prescribed limits, and dismantling the blocks on the plutonium reactor, to secure a second source of fissile material for its nuclear weapons program. The wholesale stripping of the accord’s terms started after the US exit, whereupon Trump ramped up sanctions to their “maximum pressure” point.

Tehran wants those sanctions removed as a first step before engaging in negotiations. This month, Iran switched up uranium enrichment to 20 percent at Iran’s underground Fordow nuclear plant – a level proscribed by the 2015 accord.

Israel’s chief of Staff Lt. Gen. Aviv Kochavi provoked lively discourse by his blunt assertion last week that returning to the original nuclear deal would be bad and wrong – even with improvements. He went on to declare that Iran was just months if not weeks away from a nuclear weapon. “In the light of this fundamental analysis,” he said, “I have instructed the Israel Defense Forces to prepare a number of operational plans, in addition to those already in place.” He added: “It will be up to the political leadership, of course, to decide on implementation, but these plans need to be on the table.”

The IDF spokesman later admitted that the general had, most unusually, spoken out on his own initiative, without prompting from the prime minister of defense minister. Military sources said that he had felt personally bound to issue a warning against what he judged to be a peril to national security, such as the Iranian threat. The warning was addressed to Tehran and the Israeli public, it was said – not to Americans.

But Kochavi did pass his views on to the Gen. Kenneth McKenzie, chief of the US Central Command, when they met during his visit to Israel late last week. And the American general chose to spend two hours before departing on Friday with Mossad Director Yossi Cohen for an exhaustive intelligence update on the situation in Iran, in line along the active US-Israel intelligence-sharing track relating to Iran.