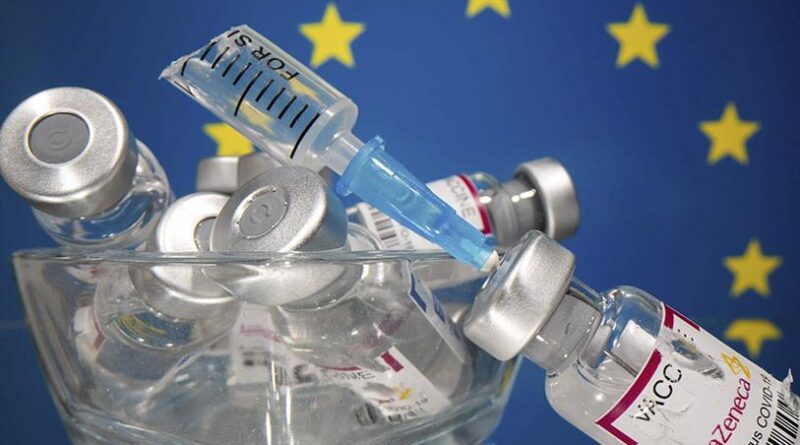 Less than 10pc of Europe’s population has been vaccinated so far in a program summed up as a “total horror show” by German Finance Minister Olaf Scholz. By the end of this week only 4.9pc of Belgians and 5.5pc of Germans had at least one vaccine dose. By March 19, Europe had clocked 42 million covid-19 cases and 900,000 deaths. After Europe’s medicines regulator announced that the Oxford-AstraZeneca Covid-19 vaccine was “safe and effective,,” Germany, France, Italy and Spain pledged on Thursday, March 19, to finally restart their vaccination roll-out.

Last summer, the EU agreed with AstraZemeca to buy up to 400 million doses of their jab, to be used by all its members. There were a series of supply delays. And then,13 member states suspended the Oxford vaccine’s use for fear of blood clots. The EU agency has now found no link between the Oxford jab and the small number of blood clot cases but will continue to review this. However, after being accused of bungling this pandemic’s challenges, European governments will have to radically fast-track supplies and immunizations, or it may take years to catch up with the aggressive covid-19 and its proliferating variants.

If they can, then a digital certificate to kick-start foreign travel should be given by the coming summer to citizens across the EU “without discrimination,” optimistic officials said on Thursday. If they can’t, members face another disastrous summer tourist season, which, in normal times, provides 27 million European jobs and around one-tenth of Europe’s GNP. Countries like Greece, Spain and Italy have no hope of recovering from the year-long pandemic unless the tourists return in force. Greece has therefore already jumped the gun with a deal to welcome tourists from Israel who are armed with a vaccine passport. By Friday, 5.153 million Israelis had received two doses, and new infections were down to 1,092. And Cyprus will be ready on May 1 to welcome British tourists who have had two doses of any vaccine approved by the European Medicines Agency.

Paris, in contrast, faces another lockdown – this one for a month – as the pandemic accelerates and threatens a “third wave” of coronavirus infection. Another 15 departments in the country will also be placed under the same measures from midnight on Friday. PM Jean Castex said. France has recorded more than 35,000 new infections within 24 hours. These measures will not be as strict as the previous lockdown, with people allowed to exercise outdoors, Prime Minister Jean Castex said. He offered to receive the jab himself, in an effort to convince French citizens to follow suit, after 48pc of all adults refuse a vaccination. This form of denial hangs heavily over the success of a European vacine rollout.