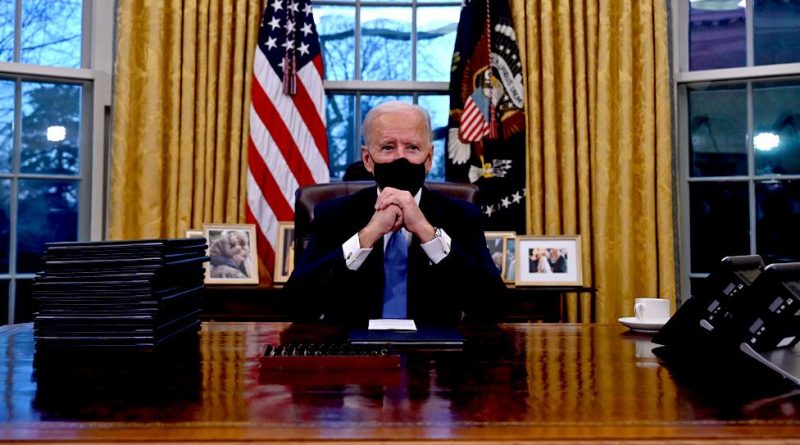 PM Binyamin Netanyahu joined the warm congratulations pouring in from world leaders for the new US President Joe Biden after his inauguration on Wednesday, Jan 20, but also urged him to confront “the threat posed by Iran.” Netanyahu also advised the White House occupant to “build on the series of peace deals” brokered by his predecessor “between the Jewish state and its Arab neighbors.”

Biden is already on record as intending to reenter the Iran deal (Joint Comprehensive Plan of Action (JCPOA) which Barack Obama struck with Iran in 2015 and which Trump abandoned three years later, as “deeply flawed.” Biden has stipulated Iran’s full compliance with the deal. Tehran replied: The ball is in the U.S. court now/” Iran would quickly reverse violations if US sanctions were lifted, said President Hassan Rouhani.

Incoming secretary of State Antony Blinken offered a glimpse of the new administration’s Mid East policies at his confirmation hearings on Tuesday before the Senate Foreign Relations Committee. He made no mention of sanctions when he confirmed Biden‘s commitment to preventing Iran from obtaining nuclear weapons. He did add that the US would consult with Israel and Gulf states regarding any change in the nuclear accord.

DEBKAfile notes: Saudi Arabia and the UAE have demanded a place at the table in any future talks with Tehran. They and Israel have called for any future deal to cover a ban on missile development and restraints on Tehran’s disruptive conduct against its neighbors. All three governments are anxious to see if the new man in the White House will preserve the regional axis Trump carved out for confronting Iran. For now, Biden’s nominee as secretary of state praised the normalization agreements with the Arab states. But he did say that the Biden administration would take a “hard look” at some of the side agreements, such as the sale of F-35s to Abu Dhabi. That purchase was officially signed on Wednesday in Trump’s last hours in the White House.

On the Palestinian issue, which has bedeviled Israel’s relations with most US administrations, Biden seems to adhere to the traditional two-state solution formula as “the best way and maybe the only way to ensure Israel’s future as a Jewish democratic state.”

There is no question of the new administration reducing the standing US-Israel security ties and the aid package granted Israel year by year, including by the Obama presidency, although, under extreme circumstances, it may conceivably serve as a lever against disputed Israeli policies. For now, the recognition of Jerusalem as Israel’s capital city and the official seat of the US embassy stands, even thought the new president on his first day in office began unraveling key Trump policies on the covid virus, climate, immigration and the Texas-Mexico wall.

The identity of the next ambassador in Jerusalem after the friendly and forthcoming David Friedman is still up in the air. But Netanyahu’s first message to Joe Biden was optimistic: “… you and I have had a warm personal friendship going back many decades. I look forward to working with you to further strengthen the US-Israel alliance, to continue expanding peace between Israel and the Arab world and to confront common challenges — chief among them the threat posed by Iran.”