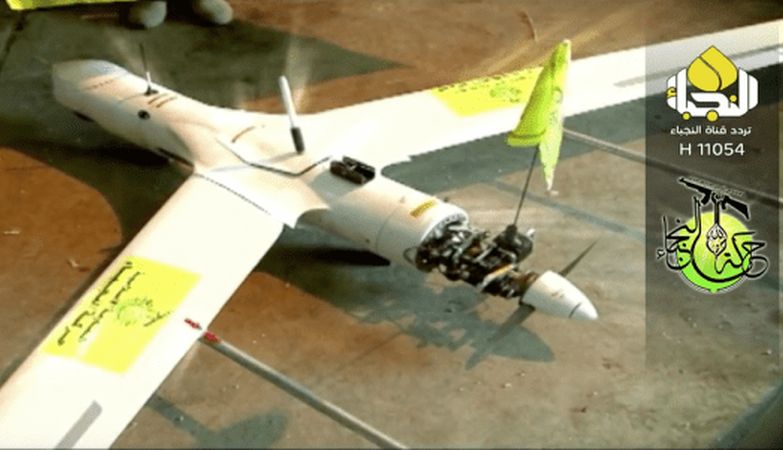 Reports that Iran’s armed drones which attacked Saudi oil targets on May 14 came from Iraq – not Saudi Arabia – may shift the IDF’s anti-Iran targeting map in a new direction.
Iran’s Revolutionary Guards Corps (IRGC) seem to have added Iraq to Syria and Yemen as their new war front. Israel may find itself having to expand its area of operations accordingly. DEBKAfile asks: Is anyone in the region acting to put a spoke in Tehran’s expansionist wheel?
Prime Minister Binyamin Netanyahu said on Monday, July 2 “We will soon reveal evidence that Iran was lying throughout about its nuclear program,” and added: “Israel will not let Iran get away with developing a nuclear weapon.”

DEBKAfile’s second question is this: Is anyone impeding Iran’s lies or its nuclear plans?

These questions impelled Netanyahu to assign the Mossad Director Yossie Cohen with making some telling comments at a lecture in Tel Aviv: “A string of attacks on fuel installations and tankers took place in recent weeks. Finding the culprit is an essential topic of discussion, but I can say with certainty that Iran was behind these attacks. They were approved by the Iranian regime and executed by the Revolutionary Guards.”

Cohen put in plain and unequivocal language what President Donald Trump and the Saudi and UAE crown princes have declined to spell out: that Iran and the IRGC were the cause of these upsets. Israel backed these words up with action. Early Monday morning, July 1, the Israeli Air Force and Navy unleashed missiles that wiped out IRGC missile stores in Syria. They blew a large hole in the Iranian-Hizballah missile stockpile for attacking Israel, but stopped there. Did this operation have any impact on Israel’s prime goal of preventing a nuclear-armed Iran? The answer is no.

Tehran may be expected to hit back. Against whom and when? According to DEBKAfile’s military sources, it would not suit Tehran’s other plans at this time to single Israel out and make the Jewish state a key regional player, while the IRGC is expanding its frontline area into Iraq.

The fact that neither the US nor Saudi Arabia responded to the Iranian drone attack by striking IRGC bases in Iraq from which the drone was launched, or even addressing the intelligence data confirming this, has left the initiative with Israel to try and fill the void – or not. For now, Israel can count only on strong verbal backing and sanctions-wielding from Washington and tacit support from friendly Gulf nations, but nothing more is on substantial is available for helping Israel to take on Iran in earnest.

93 thoughts on “Will Israel expand strikes on Iranian targets from Syria to Iraq?”