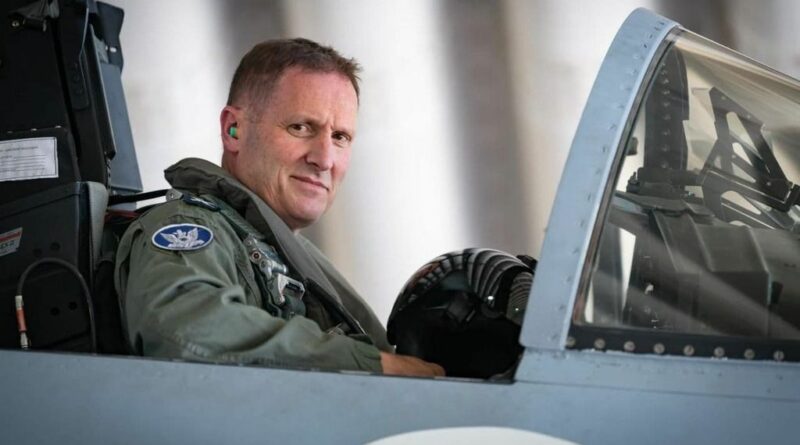 Gen. Tomer Bar, 52, was named Israel’s new Air Force Chief on Monday, Sept. 28, just hours before Naftali Bennett’s first address to the UN General Assembly as Israel’s prime minister. This move served to fortify Bennett’s comments on Iran: “Words won’t stop centrifuges. Iran has reached a watershed moment, but so have we,” he said. We will never let Iran have a nuclear bomb. If we use our resourcefulness, we can prevail. And that is what we intend to do.”

The new air force chief’s appointment may have surprised Tehran as it ponders a possible Israeli military assault on its nuclear program. The post was widely expected to go to Maj. Gen. Tal Kalman, head of the IDF’s Iran Command and former head of its Strategic Division and the Air Force staff.  His views were made known last March when he was quoted as saying: “Iran is not a specific operational challenge; it belongs to the floor above the military, as a challenge to our national security perception.” Kalman added: “Our discourse on Iran has in recent years been tinged with some cynicism because it is often entangled in other issues, but I truly believe that the challenge is posed by a state with the potential of a leading regional power.”

His boss, Chief of Staff Lt. Gen. Aviv Kohavi, has said quite bluntly that diplomacy to curb Iran’s nuclear goals is a waste of time. He chose Gen. Bar as the next IAF chief because of their shared military doctrine, which is built around the massive deployment on the battlefield of manpower and fire power, combined with advanced technology and cyberwar. While Gen. Kalman is one of the country’s leading strategic thinkers. Gen. Bar is more an operations man. He also made his views on Iran known last December:

“The IDF must function in several levels to deal a powerful multi-dimensional blow for eradicating pinpointed Iran’s capabilities. Spearheaded by air strikes, it must use powerful, high precision bombs, cyber, and electronic warfare for operations on land and sea.” Gen. Bar went on to explain: “This operation we conceive as being preceded by actions to disable Iran’s communications system and crash its computers, so that the main force of the blow finds Iran’s fighting spirit at a low pitch.”

The new air force chief stressed that this was not a fictional scenario, but a real, synchronized and coordinated plan of action that it was incumbent on the entire military to prepare for. This plan is not new. It is the essence of the ideas Chief of Staff Gen. Kohavi has promoted since 2004, 17 years ago, when the Iranian command was first created. Since then, it has gathered dust in General Staff drawers along with rolled up maps, except for a lone voice which a year later, urged Israel to attack Iran’s nuclear program.
In 2005, Air Force Chief, Maj. Gen (res.) Herzl Budinger, declared that the time was now right for attacking Ian’s nuclear program. So long as the facilities were still concentrated above ground, the “could and should be destroyed,” he said.

Budinger argued that the world would not be able to stop Iran with sanctions. This was a decade before six world powers signed their nuclear accord with Iran. But the prime ministers of the day Ariel Sharon and Ehud Olmert dismissed Budinger’s prophetic words, including his warning that once Iran had the bomb, “we will be in a completely different situation…”

Budinger also said that, while we are grateful for US assistance and support, yet in the final reckoning, “you stand alone and control your own fate.” He warned: “If we are attacked, the missiles will fall on us, and even if the Americans attack, the missiles will also drop on us.”

Another of Budinger’s assessments remains relevant to this day: “The US military chief says that Israel lacks the capacity to destroy Iran’s capabilities on its own, but I think that he is not entirely aware of what Israeli forces are capable of. The Americans don’t know everything about us.”

DEBKAfile concludes: For the first time, three top IDF generals are lined up in favor of attacking Iran’s nuclear program: The Chief of Staff, the Air Force chief and the head of the Iran Command. The order for them to go ahead must come from the government and its head Naftali Bennett. In his UN speech on Monday, the prime minister sounded willing to give the order. Was he serious? And if so, can he pull along behind him a government that represents so many widely divergent views?