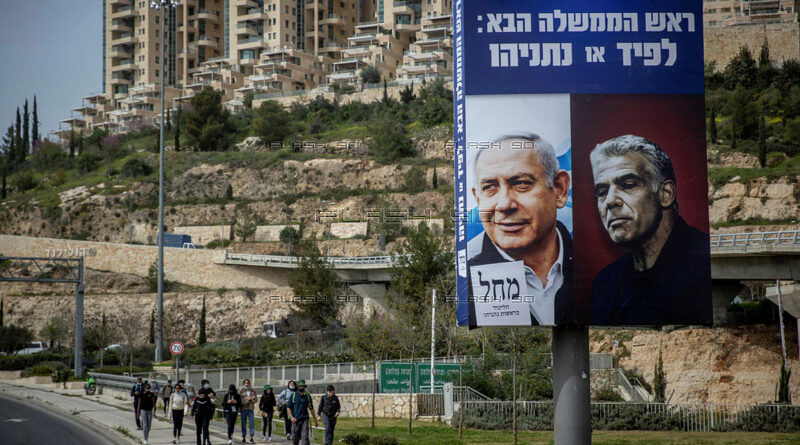 Will Israel’s fourth election in two years on March 23, make a difference? Will it end in a fourth stalemate and still deny any single leader the numbers for finally forming a working coalition government? There are still far too many parties fighting for a place in the sun for a clear outcome to emerge. Yet the advent of new players and unforeseen events in the past year is keeping the polling game in flux and its outcome imponderable.

This time, the struggle to oust Likud leader Binyamin Netanyahu’s that towered over three elections is blurred over. Former enemies have dropped by the wayside, including most of the generals who ventured into politics and a couple of new faces have popped up at both ends of the spectrum.

On the left, ultra-feminist Merav Michaeli appears to be lifting Labor out of certain extinction from under the 3,25pc Knesset threshold, by promising a “pink-collar” revolution on behalf of the downtrodden female teachers, nurses and caregivers and neglected social issues. She is even pulling in women voters from the traditionally solid ultra-religious parties for the first time.

On the right, Bezalel Shmotrich, whose faction was tugged back from the threshold by being forced by Netanyahu to hook up with the neo-Kahanist Itamar Ben-Gvir, is drawing support from Yemina by portraying himself rather than Naftali Bennett as the true-blue interlocutor of the classical National Zionist Religious movement. While his faction may poll a handful or less of mandates, Netanyahu is predicted by the polls to have to scrape the bottom of the right-wing barrel if he hopes to gain a majority bloc to form a government. Likud needed to make up the numbers, after Gideon Saar, a longtime rival of Netanyahu, broke away from the party to form his own New Hope party. While starting out with a brave 20 in the polls, Saar has declined to 9-11 and falling. At present ,he is in a close call with a second-right wing faction, Yemina.
Therefore, while the right-wing has strengthened compared with the fading left and left-of-center, it has been weakened by internal fragmentation. Likud hesitates to draw back support from its two right-wing rivals for fear of shrinking their potential as coalition partners.

At the center and left-of-center, Yair Lapid’s Yesh Atid (Future) has climbed past Saar and Bennett to second place after Likud with an estimated 20 seats compared with Likud’s 28-31. On the advice of his American advisers, after being relegated five times to the opposition benches, Lapid has avoided his former mistake of loudly declaring himself the next prime minister in place of Netanyahu. Instead, he is pledging better government to displace what he calls the present shambles.

Lapid’s hope of garnering a majority for forming a government is slim, even if he recruits Labor. Avigdor Lieberman’s Yisrael Beitenu, and the far-left Meretz, which too is struggling to survive. He is nonetheless firming up his support by copying the Likud leader’s campaign tactics of touching the grass roots instead of bombastic speechmaking.

Netanyahu is campaigning with a video cameraman who is tracking and recording live on Facebook his ongoing encounters in one corner of the country after another. The prime minister is using his personal touch to garner the dividends accruing from his world-class success in bringing the coronavirus pandemic under control in the nick of time for the election by an unparalleled vaccination drive. By now, more than 90 percent of all Israeli adults are immunized and he has set in stocks of vaccines for a future round.

His corruption trial has meanwhile become a yawn as new scandals pop up in other quarters. Pulling the economy and people’s livelihood out of the pandemic’s wreckage is government’s most urgent task in the eyes of most Israelis, after a significant return to normal this week. It will call for a capable and experienced head of government, which brings the party leaders and their skills into the voter’s focus rather than the names of their factions or ideologies.

There is undoubtedly a hankering in the country for change, especially among young people. But the majority will not allow it to impinge on the country’s stability and security. In the background, a nuclear-armed Iran is an ever-present, unresolved issue, and its Lebanese satellite Hizballah is kept under close watch. The Palestinian question has mostly receded to the periphery of the general consciousness with the dampening of terrorism. At the same time, the issue of West Bank annexation is not immediate enough to affect the outcome of the election.

Voter apathy is a constant source of anxiety for the party in government, especially when no generally acceptable alternative springs to mind.