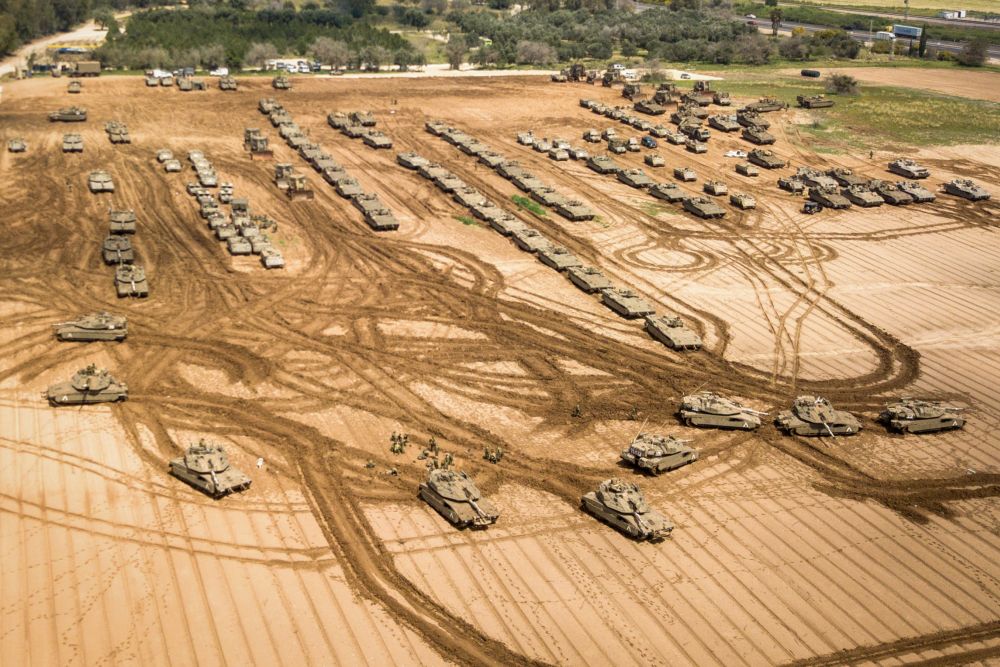 Nothing will stop Hamas’ drive to celebrate the first anniversary of its violent “March of Return against Israel at the end of this week – neither Egyptian mediation, generous Qatari- and Israel economic largesse, which the United Arab Emirates recently offered to join, or even the massing of an Israel war army on the Gaza border. The Palestinian terrorist group is determined come what may to mark the event with hundreds of thousands of rampaging mobs hurling IEDs at IDF forces and forcing their way across the border into Israel.  Hamas leaders view this peak event as a kind of victory march. It was presaged Wednesday night, March 27, by attacks by hundreds of Palestinians tossing explosive devices and hand grenades at Israeli troops along the border and floating more explosive balloons over Israeli farms.

The Egyptian officers who sat down Wednesday in Gaza city with Hamas leaders knew the score: they had no hope of talking those leaders around to exercising self-restraint and curbing the demonstration of arrogant violence planned to mark their anniversary. Neither were the Egyptian officers able to sell Israel the well-worn line that by turning the other way when the Palestinian terrorists went on the rampage, calm would follow. This gambit has proved too often in the past to be a reward for terror. The claims that Israel has laid down tough terms for Hamas are deliberately misleading. For months now, Israel has lost its deterrent strength against the Palestinian terrorists in the Gaza Strip and it is now Hamas which is dictating terms.
The only way to break out of this ill-fated pattern was for the IDF to go into the Gaza Strip on Wednesday and conducted a pre-emptive offensive to spoil Hamas’ victory march. Since this was not decided at the drawn-out deliberations taking place between PM Binyamin Netanyahu, who holds the defense portfolio, chief of staff, Lt. Gen. Aviv Kochavi, National Security Adviser Meir Ben-Shabbat and Shin Bet security service director Nadav Argaman, the initiative remains in the hands of Hamas. Failing resolute Israeli counter-action, the security situation centering on Gaza will therefore continue to decline in the coming days.

25 thoughts on “With no pre-emptive IDF action, security declines further towards Hamas anniversary”