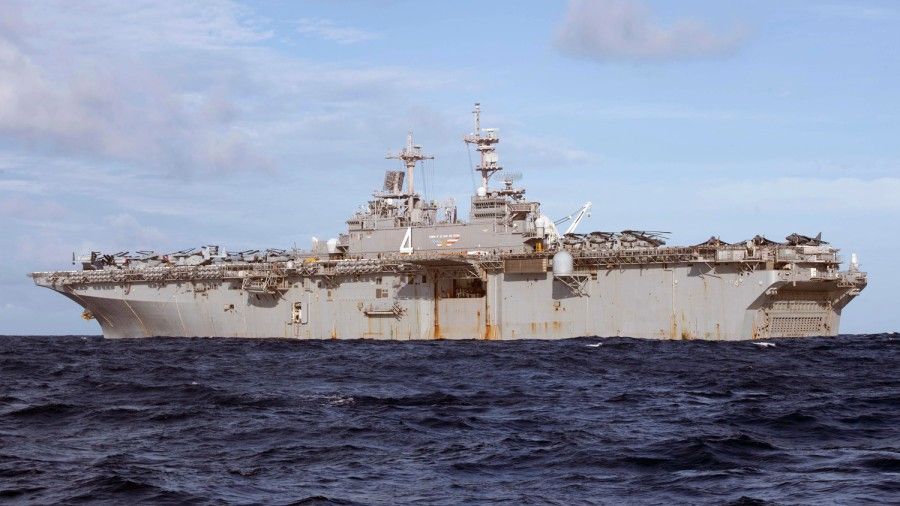 On Thursday, June 27, Tehran is set to make good on its ultimatum and start accelerating uranium enrichment in violation of the 300-kilo ceiling set by the 2015 nuclear accord, further boosting tensions with the US. The Atomic Energy Organization announced on Wednesday that the enrichment level of 3,67 percent is to be raised to 20 percent, much closer to nuclear weapons grade. President Donald Trump and top US officials have repeatedly warned that Iran would not be allowed to gain a nuclear weapon.

Asked in a Fox Business Network interview on Wednesday if a war was brewing, Trump replied: “I hope we don’t but we’re in a very strong position if something should happen. “I’m not talking boots on the ground,” he said. “I’m just saying if something would happen, it wouldn’t last very long.” Nevertheless, in the last few days, the USS Boxer expeditionary strike group has taken up position opposite Iran’s shores, carrying some 2,200 troops of the 11th Marine Expeditionary Unit. This fairly small helicopter carrier’s strike group also consists of two amphibious dock landing craft, the USS John P. Murtha and the USS Harpers.

This group is designed to execute amphibious landings of troops on enemy shores and evacuate them upon completing their mission. On the Boxer’s decks are an AV-8B Harrier II strike aircraft which has vertical takeoff ability, transport helicopters and helicopters bearing Sea Sparrow anti-ship missiles.

The deployment of the Boxer strike group and a Marine force opposite Iran’s shore is intended to inform Tehran that the Trump administration is poised ready for immediate response in the event of further threats or provocations by the Islamic Republic – whether by boosting uranium enrichment for its nuclear program or strikes at US and allied oil targets in the Persian Gulf.