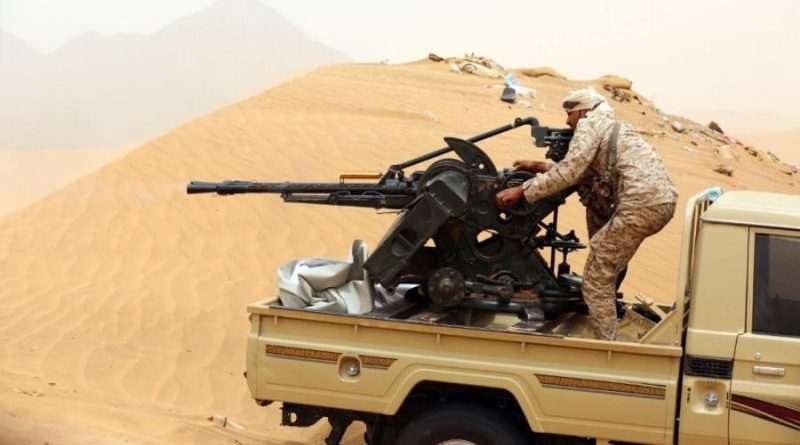 Iran has resumed massive shipments of arms to Yemen’s Houthi insurgents, notably sea mines and remotely exploding boats – with immediate repercussions on the civil war and international shipping. Saudi-led coalition spokesman Turki Al-Maliki stated on Tuesday, March 17: “This morning, coalition naval forces detected an attempt by the Iran-backed Houthi militia to conduct an imminent, hostile and terrorist action in the southern Red Sea using two R/C exploding boats launched from Hodeida province.” The two boats, he said, were “totaled and destroyed” after representing a threat to regional and international security, as well as primary sea lines of communication (SLOCs) and international trade in the southern Red Sea and Strait of Bab-al-Mandeb.

The coalition spokesman accused the Houthis of using Hodeida as “a hub for ballistic missiles, UAVs, remote controlled exploding boats and naval mines.” DEBKA Weekly’s military sources report that his listing of the types of weapons stרeaming in the past fortnight from Iran to the Houthis is spot on. They are being funneled through to Yemen by Omani smuggler tribes. This week, Saudi Crown Prince Mohammed bin Salman sent his brother, deputy defense minister Khaled bin-Salman, to Muscat to warn the new Omani Sultan, Haitham bin Tariq, that if he doesn’t stop this arms traffic into Yemen, Saudi Arabia would step in and take its own action. The Trump administration added its voice to the warning, but so far, without result.

According to our sources, the Houthis, taking advantage of the fact that the Saudis and their coalition partners rarely fight with ground troops, preferring air operations, have successfully launched two major offensives along Yemen’s northern border with the oil kingdom.

This week, in consequence, saw heavy fighting raging between Shiite Houthis and Saudi-backed Yemeni government forces in the Maarib and Jawf provinces of northern Yemen. While both sides suffered at least 100 dead, the rebels achieved substantial territorial gains in Jawf and are contesting an important supply line along the Saudi border. They have also moved into position for threatening the kingdom’s military infrastructure in southern Saudi Arabia. The rebels are also moving into positions for capturing the strategic capital city of Marib.

Saudi-backed forces collapsed once again against the Houthis on the march in their northern campaign, whereas the insurgents are safe from Saudi-led coalition air strikes thanks to the new air defense systems supplied by Iran.

Tehran’s massive arms supplies to the Yemeni insurgents may account for the shortfall in Iran’s weapons deliveries to Syria and Hizballah – but only in part.To be factored in too is the new five-point deal Moscow has forged with Tehran and Hizballah, which is the subject of a separate article.