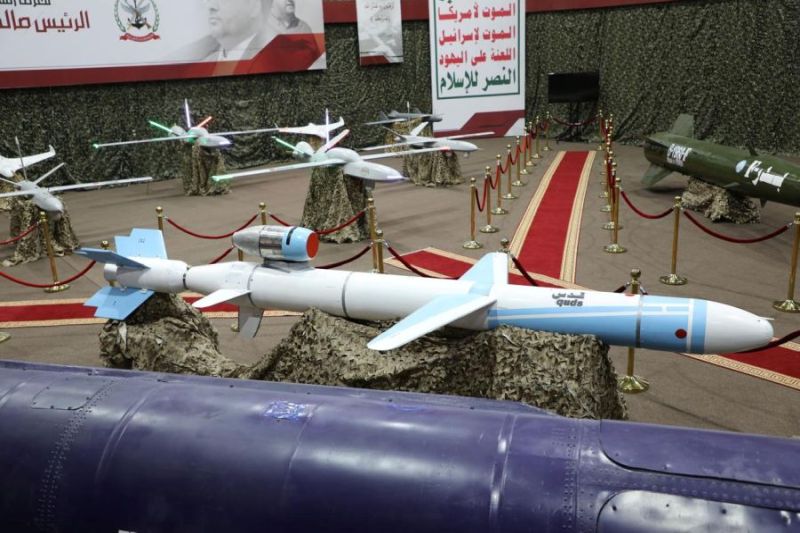 The Yemeni Houthi rebels’ claim of responsibility for the September cruise-missile/drone attack on Saudi Arabia’s oil facilities at Abqaiq and Kurais was false – not for lack of will to strike the oil kingdom, but because they had run out of weapons. The Houthis have meanwhile not conducted a single missile-cum- explosive drone attack on Saudi Arabia. Before they stopped, they had aimed around 260 strikes against strategic facilities in southern Saudi Arabia, sites as far north as Riyadh and military bases in its vicinity as well as targets in the Gulf and on the Red Sea.

This pause is mainly accounted for by the drying up of critical components from Iran, such as engines and guidance systems for assembling and deploying the necessary hardware. This in turn attests to the Iranian Revolutionary Guards Corps (IRGC), which manages arms supplies to foreign proxies, running into difficulties in getting the weapons components to the Yemeni Houthis.

DEBKA Weekly’s sources report that up until early February this year, a trickle reached Yemen by sea and overland, Since then, intelligence sources monitoring those routes report that just one consignment of missile and drone parts got through by sea. The difficulties Iran encounters began after its attacks on Gulf oil shipping last May. It was then that the West began reinforcing its electronic surveillance efforts for impeding Iran’s supply routes to Yemen through the Gulf and the Red Sea.

The US and Saudis moreover leaned hard on Sultan Qaboos of Oman and his generals to shut down the IRGC’s overland smuggling routes into neighboring Yemen. Omani security services were outfitted with new American surveillance gear. By this year, Iran’s smuggling routes to Yemen were jammed. Even skilled professional smugglers were finding it hard to beat the new electronic walls thrown up by the West. Their fees skyrocketed out of range of Tehran’s pocket.

But meanwhile, Iran had switched priorities and was directing supplies of ballistic missiles and armed drones for use against its enemies to other proxies – Hizballah in Lebanon and Shiite militias in Iraq. The Iraqi militias operating in Syria and along the Syrian-Iraqi border were given preferential treatment for receiving the missiles and drones, ready to confront two foes, Saudi Arabia and Israel.

The Houthis are meanwhile making do with inferior hardware with much shorter ranges than the Iranian products and gathering some on world civilian markets.

We have even found the Houthis buying and converting toy drones, like the model sold by Amazon of the Big FPV wing X-8 from Skywalker Technology, which was designed for FPV and UAV and customized for F-Tek stabilizer systems. This model has a large under canopy space, excellent glide performance and fast low power cruise speeds (80-90kph). Transportation is easy as the wing panels and vertical stabs are bolted on. Its body is 100cm long and wingspan 220cm. The Houthis appear to have removed the camera equipment from these drones and inserted instead 5-10 kilos of explosives. The toy drones can fly armed and deadly for 120-minute stretches at a range of 35km in the service of the Yemeni insurgents – a comedown from the high-powered Iranian hardware.