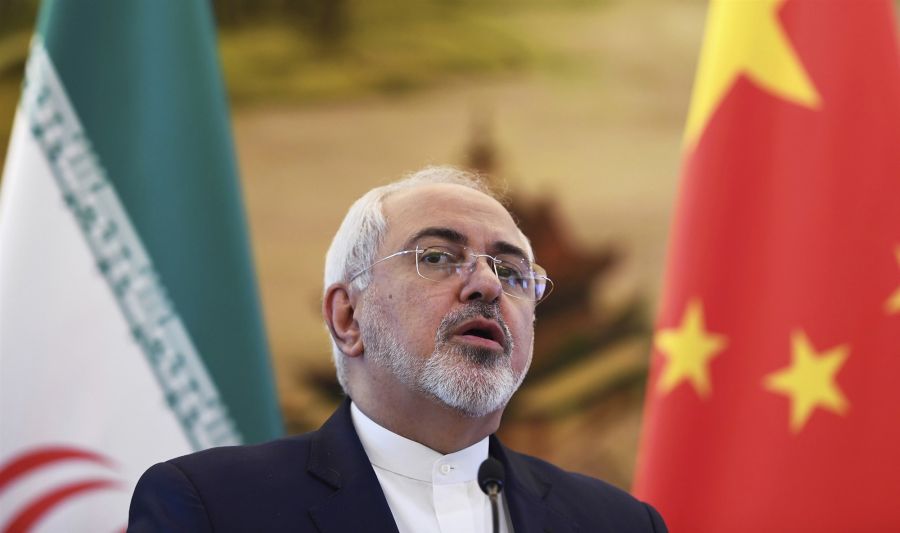 Mohammad Javad Zarif, the driving force behind Iran’s 2015 nuclear deal with Barack Obama, quits amid the regime’s struggle to survive the Trump era, DEBKAfile reports.  In six years, this polished, articulate diplomat, esteemed in Washington and Brussels, typically “apologized for his “shortcomings… during his time as foreign minister…” when he announced his resignation on Instagram on Monday, Feb. 25.
His exit marks the onset of large-scale dismissals of high regime officials amid the desperate deliberations that DEBKAfile’s Iranian and intelligence sources report are ongoing in Tehran for the past fortnight, on how to save the tottering economy from meltdown, under the crippling weight of the sanctions that US President Donald Trump imposed on Iran’s oil exports after he tore up the nuclear deal last May.
President Hassan Rouhani’s head may also be on the block now that his ally Zarif is gone. Our sources find evidence that Iran’s leaders have accepted that they have no choice but to engage the Trump administration and bring Tehran back to the negotiating table. They are looking for a diplomat on the lines of North Korea’s Kim Jong-un who they see as the right man to deal with Donald Trump.

That the regime in Tehran is in the throes of a major policy overhaul for its next steps was also signaled by the surprise visit of Syrian President Bashar Assad on the same Monday. Our sources report that he was invited to meet supreme leader Ayatollah Ali Khamenei for the first time for a briefing on the Islamic regime’s next steps as they pertain to Syria. He was accompanied by Iran’s supreme Middle East commander, the Al Qods chief Brig. Gen. Qassem Soleimani, which should set off alarm bells in Israel. It indicates strongly that the ayatollahs intend to come to the table with the US from a position of strength – not weakness.
On Feb. 22, DEBKA Weekly (for subscribers) began following the high-pressure policy deliberations taking place in Tehran with exclusive revelations. The coming issue, No. 838, out on March 1, continues to track Iran’s next steps with more disclosures. To sign on to DEBKA Weekly and access its unique coverage, click here.