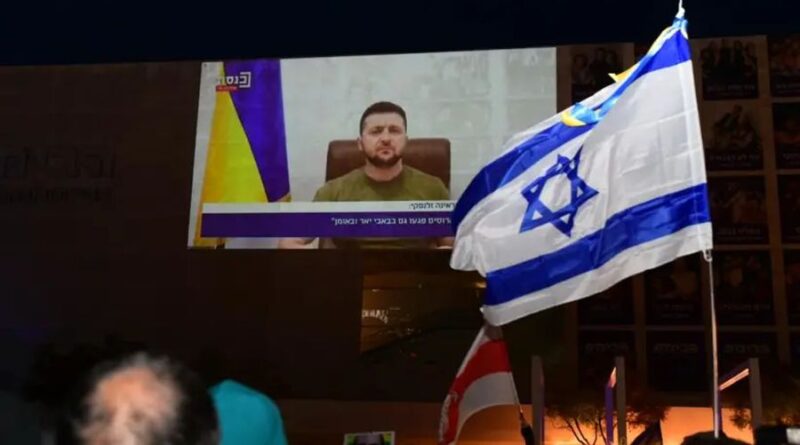 The speech Ukraine President Volodymyr Zelensky delivered by Zoom to Israel’s parliament on Sunday, March 3, left the impression that he is not altogether clear about the endgame he wants for ending the war with Russia. A certain unease is creeping into the corridors of power in some NATO capitals over this lack of clarity and doubts about Zelensky’s agenda. Some are beginning to suggest that were it not for the cloud of uncertainty hanging over Kyiv, the Russian invasion might have been averted. As matters stand now, the crisis threatens to run out of control and could even escalate into a world war.

Although no one condones Moscow’s decision to attack Ukraine, some Western analysts wonder if Vladimir Putin did not feel goaded into pursuing his unpardonable extremities by Zelanskyy’s volatile attitude.  Is the Ukraine president bent on rearranging the balance of power in central Europe? Is he trying to dictate a new game to the world powers? If that is his goal, he is doomed to fail. Ukraine may be the largest country on the European continent in area – but is too weak militarily and politically to pull off any such tactic.

Zelensky managed to put up many Israeli backs by his aggrieved tone against Israel’s shortcomings. He criticized the country at length for withholding military aid and opting out of NATO sanctions, while trotting out a selective history lesson. His complaint that Israel refused to give his army Iron Dome anti-missile batteries was seen as unwarranted when humanitarian aid is freely offered. Israel is not a world power, his audience noted, and to make up the shortage of this vital system for its own defense, is forced to rely on the US topping up its stocks – most recently with $1million worth of assistance. Diverting any number of Iron Domes to Ukraine would leave Israel exposed to rocket and drone on one of its own fronts, the north or the south. Moscow would also be expected to exact punishment by hampering Israel’s air strikes against Iran’s looming military presence in Syria.

Repeatedly invoking the Nazi Holocaust of World War II to condemn Russia\s misdeeds in Ukraine misfired badly in a place where memories are long and documented records precise. Parliamentarians in Jerusalem were not slow to remind Zelensky that in the years from 1941 to 1944, a million Jews were murdered in Ukraine alone by the German Einsatzgruppen units and their Ukrainian personnel. The new-Nazi Azov Battalion today is furthermore an integral part of Ukraine’s National Guard.

Prime Minister Naftali Bennett responded to Zelensky’s speech by saying Israel is managing the Ukraine crisis in a “sensitive, benign and responsible manner,” stressing too that “the Holocaust cannot be compared to anything.” He said there had been advances in Israel-mediated ceasefire talks between Russia and Ukraine, but “very large” gaps remain between the two sides, some of them on fundamental issues. “We will continue, together with other countries, to try to bring an end to the war,” Bennett said.

Partly backtracking on his critical comments, Zelensky later remarked that Jerusalem is “the right place for peace.” He admitted in a video he posts daily to social media,

“Of course, Israel has its interests, strategy to protect its citizens. We understand all of it,” the Ukraine leader said. “The prime minister of Israel, Mr. [Naftali] Bennett, is trying to find a way of holding talks. And we are grateful for this. We are grateful for his efforts, so that sooner or later we will begin to have talks with Russia, possibly in Jerusalem,” he said.