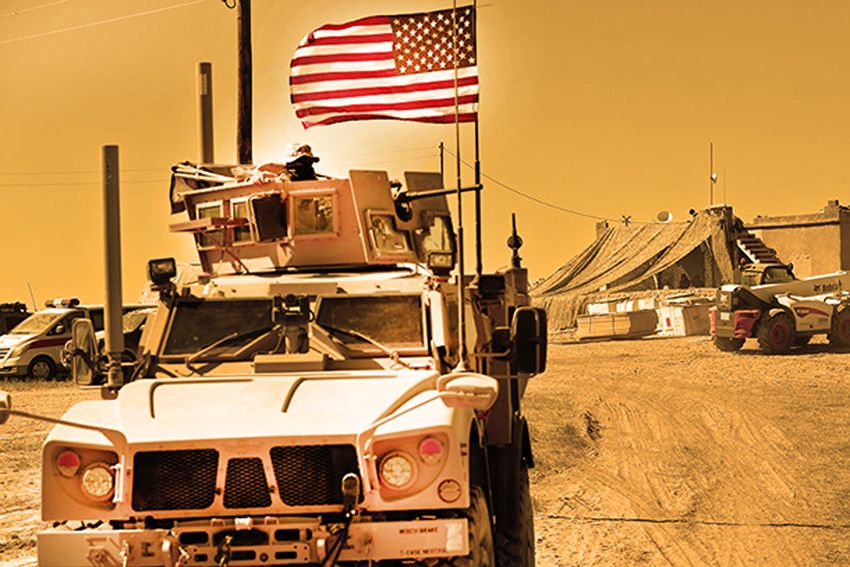 Exclusive: A large influx of US troops is entering northeastern Syria this month to counter new Russian plans. This step follows several summersaults on Syria by President Donald Trump since his March 20 decision to withdraw the US from that country.

Thousands of words of condemnation landed on the White House on Oct. 13 when US Defense Secretary Mark Esper announced the decision to withdraw US forces from northeastern Syria. The administration was accused of deserting the US allied Kurds, the core of the Syrian Democratic Forces which defeated ISIS and opening the door for Iran to surge across the Iraqi-Syrian border.

However, thorough investigation by DEBKAfile’s military and intelligence sources have uncovered a totally different reality. While substantial US forces were indeed withdrawn from their Syrian bases to Iraq with masses of equipment, US troop reinforcements have been pouring in and continue to arrive in northeastern Syria. Not only were existing bases not abandoned, but new positions are being set up, including one or more new US air bases. US forces are moreover taking over Syria’s oil and gas fields after the SDF moved in.

Russian forces, whose objectives in Syria hitherto were confined to a naval base at Tartus and a big air base at Khmeimim  near Latakia, have suddenly decided to establish military and military footholds in the north as a counterweight to US military hubs in the Gulf and Iraq.

The coming issue of DEBKA Weekly (for subscribers) out on Friday, Nov. 8, expands exclusively and in detail on the transformation of Syria’s north and east into the central arena for US and Russia to vie for military dominance. This is a story not to be missed. For your subscription, click here.

59 thoughts on “US races Russia for military positions in NE Syria, including new air bases”