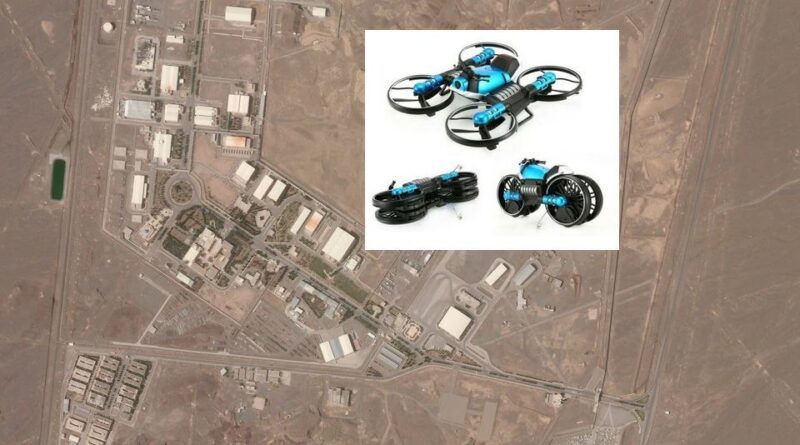 The 10 Iranian scientists recruited by Israeli agents agreed to sabotage the underground A1000 centrifuge at Natanz in April believing they were acting for international dissident groups, the Jewish Chronicle, cited by the Daily Telegraph revealed on Thursday Dec. 2. The Mossad struck clandestinely four times, three against the Natanz central enrichment site between July 2020 an April 2021 and once against Iran’s centrifuge production center.

Israeli officials have not confirmed the British publications’ revelations. However, also on Thursday, the incoming Mossad Director, David Barnea, stated firmly: “Iran will not get a nuclear bomb!” He went on to say: “The Mossad keeps its eyes open, we are on the ready, and together with our colleagues in the security establishment will do everything necessary to remove the Iranian threat from the state of Israel, to thwart it by all means.”

The JC reveals that some of the explosives used to blow up the the Natanz enrichment compound were dropped by a drone and quietly collected by the scientists employed at the plant, while others were smuggled into the high security facility hidden in boxes of food on a catering lorry. The ensuing destruction caused chaos in the highest echelons of the Iranian leadership. It demolished 90 per cent of the centrifuges at the plant, delaying progress towards a bomb and putting the key complex out of action for up to nine months. A year earlier, in 2019, Mossad spies hid explosives in building materials used to construct the Natanz centrifuge hall, then triggered them remotely in 2020. This was also disclosed in a recent interview by the former Mossad chief Yossi Cohen who orchestrated the four-part clandestine sabotage campaign to slow Iran’s progress towards a nuclear bomb.

The fourth assault, in June this year, was carried out by a quadcopter (see photo) on the Iran Centrifuge Technology Company (TESA), in the city of Karaj, 30 miles northwest of Tehran.

The details revealed by the two publications for the first time are astonishing. The four operations were planned together over an 18-month period by a team of 1,000 Mossad technicians, analysts and spies, as well as scores of agents on the ground. For the fourth assault this year, in June. they sneaked into Iran an armed quadcopter, weighing the same as a motorbike, piece by piece, and used it to launch missiles at the TESA site in Karaj.

This clandestine campaign to destroy Iranian nuclear infrastructure was carried out by Mossad acting alone – known in Israeli intelligence circles as a ‘blue-and-white operation’ – and not jointly with the United States, dubbed ‘blue-white-and-red’.

Natanz was targeted to reach a underground A1000 centrifuge hall, which housed up to 5,000 centrifuges and was shielded from air assault by 40 feet of concrete and iron.

Hours after Iran declared that it had begun to use advanced IR-5 and IR-6 centrifuges at the site, in blatant breach of the 2015 nuclear deal, the bombs were remotely set off. The blast destroyed the independent and highly secure internal power system that supplied the centrifuges. It caused a power blackout in the heavily fortified complex.

The Iranian scientists recruited for the operation were split into two groups: an inner circle who knew more about the operation, and an outer circle, with less information. The Jewish Chronicle’s source went on to report that, after the explosion, the scientists responsible were spirited away to a safe location. adding: “All of them are very safe today.” Iran named a suspect – 43-year-old Reza Karimi – and claimed to have issued an Interpol ‘red notice’ for his arrest. So far, he has not been found.

Fereydoon Abbasi Davani, the head of the Iranian parliament’s energy committee, grudgingly acknowledged to Iranian state television after the last attack that the plan was “rather beautiful.”

The new revelations in the Jewish Chronicle appeared days after Iran resumed negotiations with world powers in Vienna over returning to the 2015 nuclear deal. On Friday, the parties adjourned the talks and returned to their capitals for consultations. US Secretary of State Antony Blinken commented that chances of reviving the nuclear deal were decreasing. “I have to tell you, recent moves, recent rhetoric, don’t give us a lot of cause for optimism,” he said.

This week Iran officially confirmed that its nuclear program had “offensive objectives: and had created a system to develop an atomic weapon. It is meanwhile moving at high speed to stockpile 60pc pure enriched uranium – not far short of weapons grade.

Israel may therefore be expected to continue its operations for targeting Iran’s fissile material project, especially the enrichment of uranium.