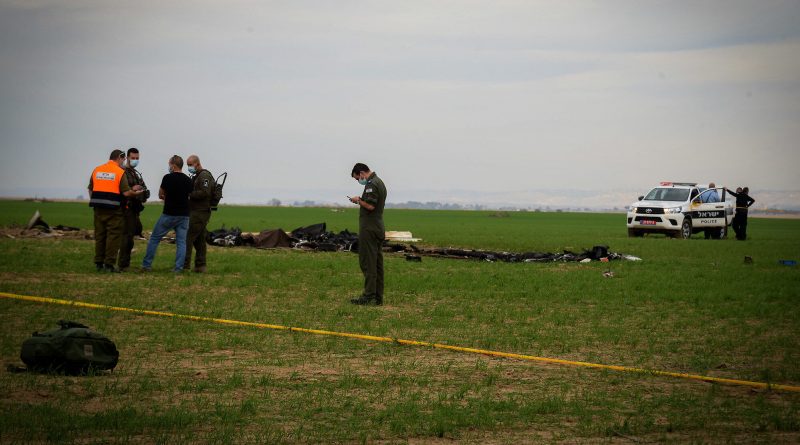 A light G-120 Snunit (Swallow) aircraft crashed north of Beersheba in southern Israel during a training flight on Tuesday, Nov. 24. The flying instructor, a reserve major, and a cadet were found unconscious among the scattered burning fragments of the plane and pronounced dead.at the scene.

They were later named as Maj.(res.) Itay Zayden, 42 from Kibbutz Shoval and Cpl. Lihu Ben Bassa, 19, from Rishon Lezion. The instructor, who had served in an F-16 squadron, is survived by his wife and four children; Lihu, who was four months into a flying training program, is mourned by his parents and a twin brother, who also serves in the army.

According to initial reports, there was no communication between the cockpit and plane after it took off from the IAF flight school at Hatzor Airbase less than an hour before the crash.

Following the disaster, Israel Air Force chief Maj.-Gen. Amikam Norkin suspended all training flights until the investigation, headed by a colonel, is completed. The IDF spokesman said that the practice flight took place in good weather and there were no signs that it went down due to any cause other than an accident. But all options will be explored.

The last IAF training accident occurred in 2008 when, too, an instructor and cadet were killed aboard a different type of plane.