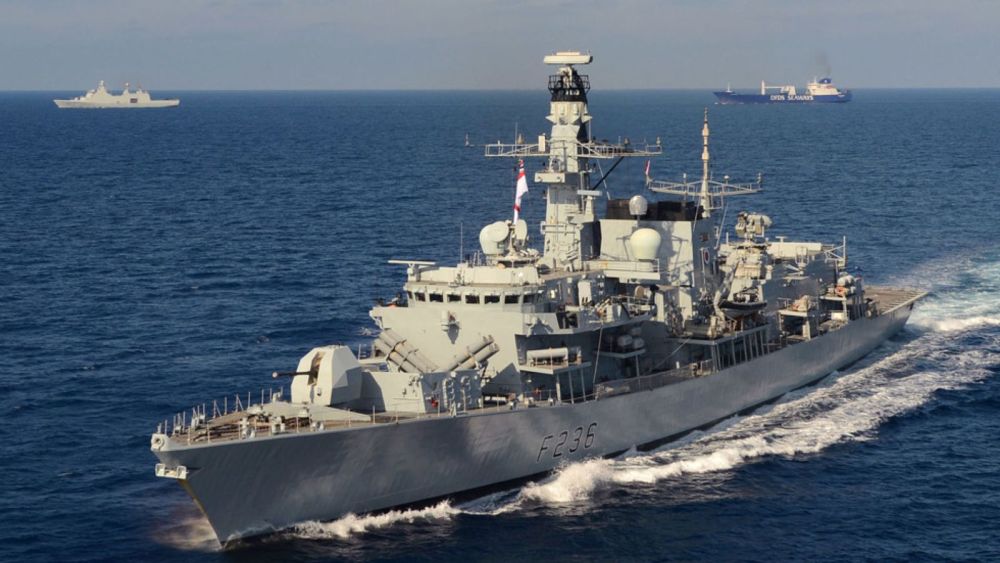 Five armed IRGC boats which attempted early Thursday, July 11, to seize a British oil tanker in the Gulf backed off when its escort the UK Navy HMS Montrose frigate trained its guns on the boats with a verbal warning. A manned US reconnaissance aircraft was overhead as well. The Iranian force left the scene without opening fire. The British Heritage tanker was about to enter the Strait of Hormuz when it was challenged by the Iranians to change course and enter nearby Iranian waters. According to DEBKAfile’s sources, the tanker had been sheltering in Saudi waters since last week before heading for the Iraqi Shat al-Arb port of Basra to pick up freight, fearing Iranian reprisal for the British Marines’ seizure of an Iranian tanker bound for Syria at Gibraltar earlier this month.

It was decided in London on Wednesday night, in coordination with the US fleet, to allow the tanker to proceed to its destination, accompanied by a British naval escort. Our sources report that the five Guards boats may have been lurking nearby ready to ambush the British tanker when it left Saudi waters, or else the frigate and a US plane were standing by in the expectation of an Iranian attack. Under new US-led coalition policy, outlined on Tuesday by Gen. Joseph Dunford, Chief of US General Staff, all commercial oil tankers sailing through the Persian Gulf are to be escorted henceforth by US, British or French warships.