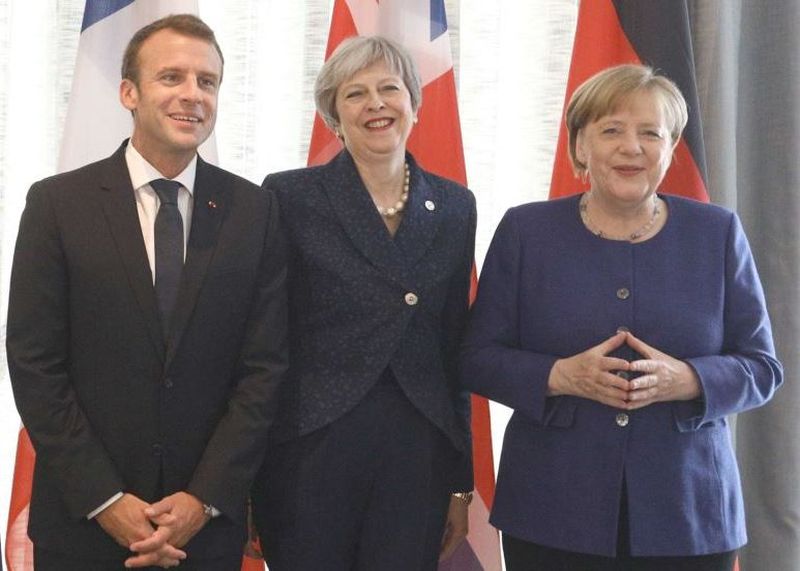 In trying to keep the nuclear deal with Iran alive after the US exit, European Union leaders hoped to save the business ties they had revived with Tehran following its signing in 2015. President Emmanuel Macron, who is spearheading the effort, said on Thursday, May 17 that the European Union must protect its member countries doing business with Iran from re-imposed US sanctions. Donald Tusk, European Council president, said hopefully, “As long as Iran respects the provisions of the deal, the EU will also respect it.”

However, opinions are seriously divided over whether Iran does in fact respect all those provisions, and US national security adviser John Bolton this week warned European companies they may face sanctions if they continue to do business with Iran.

On Thursday, May 17, the French energy giant Total signified it may quit a multibillion-dollar gas project in Iran unless it obtains a waiver from US sanctions. This was a blow to Iranian President Hassan Rouhani’s expectation that Total would lead the way for other major investors. The next day, A.P. Moller-Maersk (MAERSKb.CO), the world’s largest container shipping container firm, announced the shutdown of business in Iran in keeping with US sanctions.

In 2017, German exports to Iran comprised no more than 0.2pc of its total exports and Iran dropped to 33rd place on the list of markets for European exports. This decline predated President Donald Trump’s decision to take the US out of the nuclear deal with Iran and restore sanctions. It therefore refuted Chancellor Angela Merkel’s complaint that US penalties for Iran were harming European international trade.

When Macron and Merkel visited the White House in late April, they said they would not sever Iranian banks’ access to the European Swift financial cross-border messaging system. But this week, the US imposed sanctions on Iran’s central bank, announcing its determination to cut Iranian banking from foreign financial institutions.

It is not clear whether the EU will cooperate with the new sanctions after US Treasury Secretary Steven Mnuchin warned, “That means European banks, anybody who is transacting in dollars, cannot do business with the designated companies.” He was also saying that firms using Swift for business with Iran do so at the risk of losing their ties with American banks.

Tehran has adopted a posture of indifference to the outcome of the US-EU showdown over shutting Iran out of international trade. In any case, no one there believes the Europeans will stand up to Trump, or that the US president will defer to their wishes. Therefore, the consensus in Tehran, shared also by President Rouhani, is that there is no point in making concessions on Iran’s ballistic missile development. And without this concession, Europeans may claim to be working for a renegotiated nuclear deal, but it is no more than empty talk.