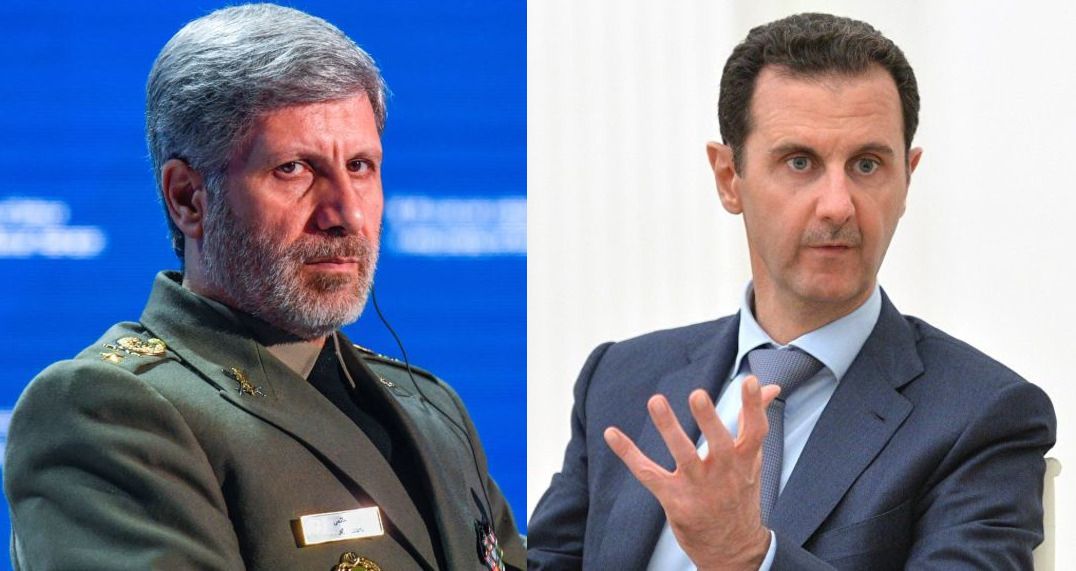 Iran’s Defense Minister Amir Hatami arrived in Damascus on Sunday, Aug. 26 demanding Russian and Syrian commitments to stand foursquare behind Al Qods under US-Israel assault. This was Iran’s response to the US-Israeli plan, finalized last week in Jerusalem by visiting US National Security Adviser John Bolton with Prime Minister Binyamin Netanyahu, for a joint offensive against the Iranian Al Qods Brigades and Shiite militias in Syria.
Hatami arrived in Syria with draft texts for those guarantees in his pocket. By this step, Iran’s supreme leader Ayatollah Ali Khamenei has pushed the four key players in the Syria arena into setting out their positions without delay.
The minister arrived just four days after the US and Israel conducted their first joint operation against Iranian Revolutionary Guards’ Al Qods Brigades and their allied Shiite militias. It targeted the Iraqi Shiite Khataib Hezballah near Abu Kamal on the highway between Syria and Iraq. While Israel, Syria and Iran, pretended the attack never happened, Russian President Vladimir Putin realized a troubling dilemma was at hand. Since the attack was timed to coincide with the meeting in Geneva of US and Russian national security advisers John Bolton and Nikolai Patrushov in Geneva last Thursday, their talks were a washout. They only widened the rift between Moscow and Washington on Syria.
On Friday, the Kremlin indicated which way it intended to jump: Deputy Foreign Minister Sergei Ryabkov warned America against rash steps in Syria, and Russian lawmakers called for the deployment of tactical nuclear weapons in that country. The five Russian warships detached from the Black Sea fleet and destined for the Syrian port of Tartus were described by Moscow as responding to the buildup of US, British and French naval forces in the region.
Clearly, the understandings on Syria forged by Presidents Trump and Putin at their Helsinki summit on July 16, which resulted in tacit US acceptance of Syrian and Iranian forces right up to Israel’s Golan border, had melted away. A US-Israeli deal for striking Iran in Syria has taken its place. Trump now views Syria as the main US arena for directly hitting the most extreme elements of Iran’s Revolutionary Guards, the Al Qods Brigades. Their leaders, Qassam Soleimani and other commanders of Iran’s Middle East war are also at the forefront of the camp in Tehran which opposes dialogue with Washington on an amended nuclear accord.

Putin, for his part, perceives Trump’s flip-flop as imperiling Russian interests in Syria and Iran and a possible threat to the Assad regime, whose rescue from a bloody insurgency he vaunts as the crowning success of his regional policy.

As the partners changed places, Iran’s rulers decided against putting its trust in Putin as senior architect of the Syrian scene – and even less in Bashar Assad – especially in the face of the approaching US-Israel offensive on their forces in Syria. Tehran wants a firm  guarantee that against this offensive, Assad will stand by Tehran with military strength and let loose with his anti-air missile batteries, rather than following Russia’s lead in turning a blind eye to US and Israel bombardments.

The Iranians are therefore squeezing Putin and Assad to take a stand at a delicate moment for them. If they fail to come through with solid guarantees for defending Iranian forces and proxies against US-American attacks, Iran will withhold ground troops for the capture of the rebel stronghold of Idlib in northern Syria. Tehran has therefore drafted in writing a new defense pact between Iran and Syria for Hatami to present to Assad during his two-day visit. The Syrian ruler was told that if he wants to recover this large and important province, he had better sign on the dotted line and have Moscow undersign the document.
As seen from Israel, the Iranian defense minister’s visit to Damascus is an undesirable complication which neither Washington nor Jerusalem predicted last week when they finalized their plans to smash Iranian forces in Syria.