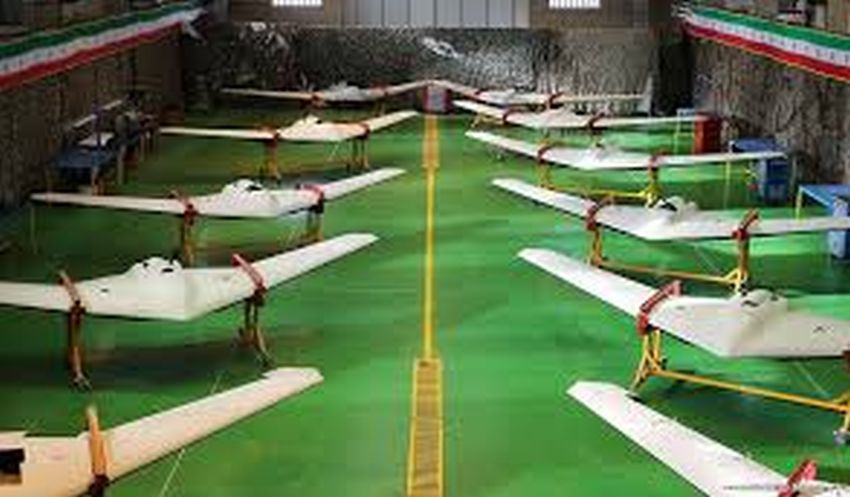 Iran’s Saegheh is no ordinary UAV; it is the Iranian Revolutionary Guards’ prize drone for assault and intelligence gathering. It made its debut outside Iran on Saturday, Feb. 10 when it slipped into Israeli airspace, first circling east into Jordan. Until then, the Saegheh (Storm) was not generally known to have reached the Syrian warfront. After it was brought down almost intact by an Israeli Apache helicopter, Israel Air Force jets bombed the drone’s command vehicle deep in central Syria, at the T-4 base near Palmyra, which is shared by Iran and the Russian air force. The speed of this counter-punch confirmed that Israeli intelligence had tracked the drone from the moment it took to the air from T-4 and was on standby to snag it.

The price tag for the operation was paid by the IAF F-16’s exposure to Syrian air defense fire. The two pilots flew the crippled plane back over northern Israel, before ejecting for a parachute landing. One is recovering in hospital from a serious injury; the second was slightly hurt.

The infiltrator drone was discovered to have been part of a whole fleet of advanced armed Saegheh UAVs housed at the T-4 base. The second wave of Israeli air strikes against 12 Syrian and Iranian targets decimated this fleet. Most importantly, the drone intrusion and its sequel exposed the incident to have been no one-off,  but part of a calculated Iranian plot against Israel at the highest level, that was coordinated in advance with the Russian air force, which shares the use of T-4, and the Syrian air defense systems, which operate under Russian command. It is equally important to note that Iran brought its Saegheh UAV’s to Syria with Moscow’s consent.
This may be accounted for by the drone’s unique provenance.
In a long and arduous process of reverse engineering, Iran’s munitions industry copied some of the components of the CIA’s most secret stealth drone, the RQ-170 Sentinel, after it was intercepted and captured over Iran in December 2011. The American drone, armed and capable of detecting clandestine nuclear tests, is rated the finest UAV of its kind in operation. Tehran claimed it had intercepted the Sentinel’s overflight by taking control of the American surveillance satellite communications which navigated the drone’s course. This was vehemently denied by Washington. At the time, DEBKAfile’s intelligence sources revealed that the those responsible for the feat of bringing the secret American drone down intact were not Iranian but Chinese cyber experts.

The Russians were keen on getting a look at the wonders of the American drone, but the Iranians refused to give them access. Eight years later, they got their chance in Syria. Iran is finally confirmed as having gained possession of the an American RQ-170, by the evidence of the Iranian drone captured by Israel. But, meanwhile, Iran, by deploying a fleet of Saegheh drones in Syria, armed with missiles, has not only ramped up its threat to Israel, but also raised a tough regional challenge to America. If one of these drones can be used against Israel, why not against American forces in the Middle East or Saudi Arabia? The Revolutionary Guards dep chief Brig. Gen. Hossein Salami made no bones about this on Saturday, when he declared that Iran had the military power “to destroy all American bases in the region.”

The Iranian stealth drone’s trajectory through Jordan on Saturday was revealing. It flew from Palmyra along Syria’s eastern frontier with Iraq undetected by American military surveillance. When it came over the US-Jordanian garrison of Al Tanf in the Syrian-Iraqi-Jordanian border triangle, it turned right to northern Jordan and then crossed the border to fly over Beit Shean. Ninety seconds later, Israeli Apaches conducted their interception – but not before the “Storm” had triggered the first direct military skirmish between Israel and Iran.
Iran lost a valuable armed drone, but it was in the air long enough to gather plenty of information on the American, Jordanian and Israeli air defense and radar systems on the Syrian, Jordanian and Iraqi borders, as well as reporting on their anti-air missiles’ operational capabilities. The IDF announced Sunday the boosting of its air defense systems in the North.