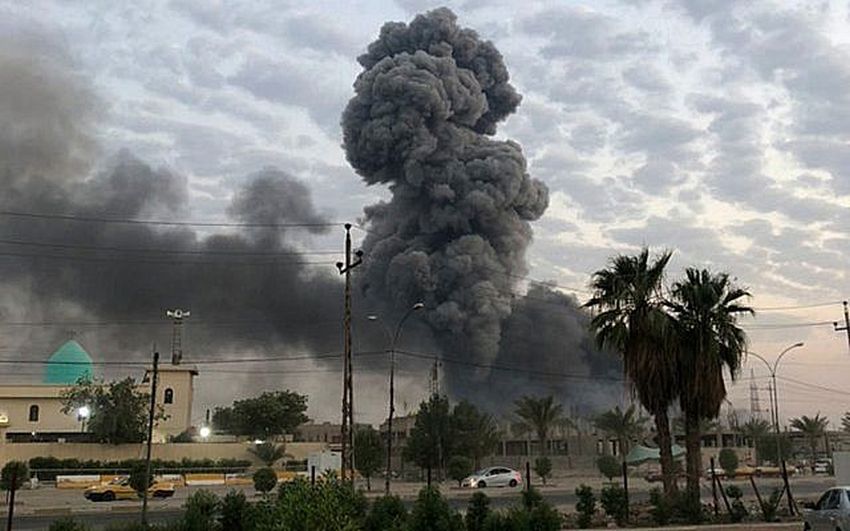 Prime Minister Adel Abdul-Mahdi has issued an unprecedented order placing Iraqi air space off limits to all aircraft without his personal authorization. The decree issued on Friday, Aug. 16 was one of three steps Baghdad has taken to put a stop to Israeli air strikes on pro-Iranian Shiite militia targets, whether by jets, drones or missiles.
The three steps revealed here by DEBKAfile are:

The US forces command, which maintains several large air bases in Iraq with thousands of military personnel, responded: “We are guests within Iraq’s sovereign borders,” and therefore, “The US-led coalition has immediately complied with all the directives received from our Iraqi partners as they implement the prime minister’s order.”

DEBKAfile’s military sources report that Abdul-Mahdi’s actions are far from being plain sailing. In the first place, Iraq is not armed with the advanced air defense systems capable of identifying or downing Israel’s F-35 stealth aircraft. In the second, how can he stop Turkish Air Force intrusions of Iraqi air space for ongoing raids of Kurdish PKK bases in northern Iraq, a region in which Baghdad maintains no air defense units?

This predicament has an unexpected twist: The Turks have recently began using Israel-made Heron UAVs in those raids. The Iraqi air force is not up to identifying whether an incoming drone belongs to the Turkish or the Israeli air force.