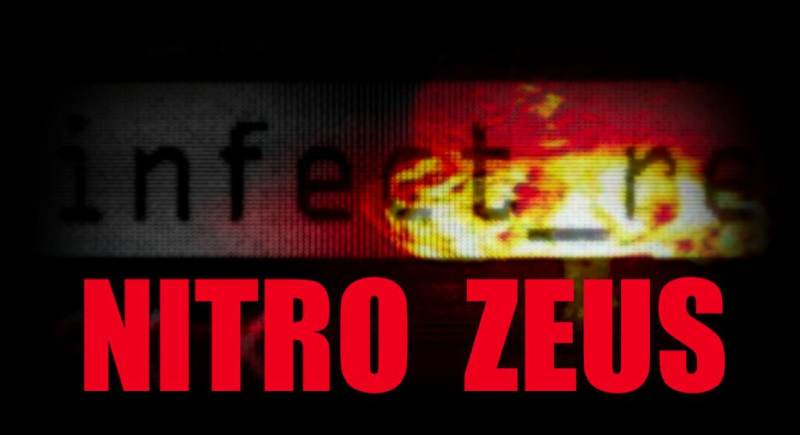 One of the steps for attacking Iran reviewed at a White House conference in Washington last week was cyber warfare, US military sources report. This option came under consideration, along with air strikes, in the light of a decision against an Iraq War-style land invasion of Iran.

“Nitro Zeus” is the project name for a comprehensive cyber war plan that was created after the Stuxnet malware campaign was used nearly a decade ago with destructive effect on Iran’s nuclear program. Whereas Stuxnet, the world’s first known cyber weapon, was loaded on a system after the design phase to disrupt and destroy a targeted system, Nitro Zeus is different in that its objectives are built into the targeted system during the design phase, unbeknownst to the system’s users. This built-in feature promises more certain and effective cyberattack on the users.

Its existence first came to light three years ago during the research Alex Gibney conducted for his Zero Days documentary film. The widespread, long-term infiltration by Nitro Zeus of key Iranian systems was shown as capable of disrupting and degrading communications, power grids and selected essential systems by means of electronic implants in Iranian computer networks.

This project is now seen as one of the alternatives to full-scale war.

In that film, an anonymous National Security Agency source claimed that the US had a top-secret program able to shut down much of Iran’s infrastructure “without dropping a single bomb.” He said: “We spent hundreds of millions, maybe billions on it. We were inside, waiting, watching, ready to disrupt, degrade and destroy those systems with cyber-attack. In comparison, Stuxnet was a back-alley operation. [Nitro Zeus] was the plan for a full-scale cyber war with no attribution. It allowed the NSA to attack Iran’s command-and-control systems to disable communications; to hack in and disable air defenses, so that US or Israeli warplanes would not be shot down, and financial systems either infected or backdoored in the event of a war.”

This plan was shelved after Iran pledged to slow uranium enrichment in the negotiations for the nuclear deal it signed with six world powers in 2015.

DEBKA Weekly’s Washington sources now report that the latest round of White House deliberations on steps against Iran took a serious look at Nitro Zeus. Plans for waging cyber warfare against Iran appear now to be under realistic consideration.

Apparently aware of this, Iran’s Telecommunications Minister Mohammad Javad Azari Jahromi said on Thursday, May 16, in a post on his Instagram page, that his government had successfully tested a firewall to prevent cyberattacks on industrial facilities. He said it was developed by Iranian students, without providing further details.