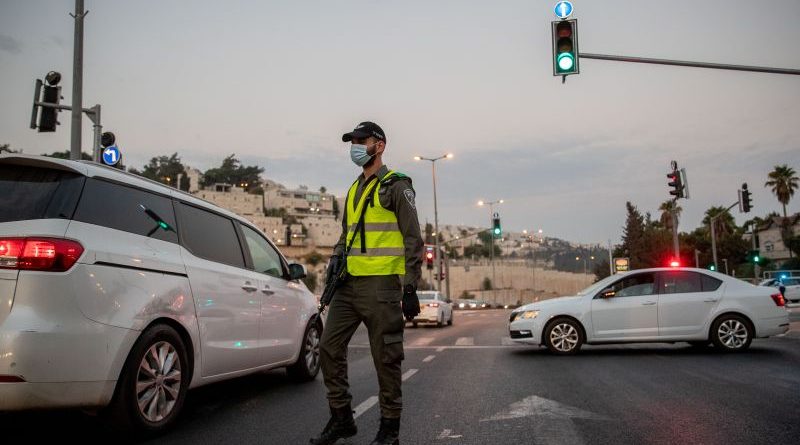 The steady spike in coronavirus infection – 3,506 on Tuesday, 3904 on Wednesday – prompted Israel’s health authorities on Wednesday, Sept. 9 to urge a national lockdown lasting three weeks to a month, and starting even before the High Holidays, namely, early next week. This advice by Prof. Ronni Gamzu to the coronavirus cabinet also stems from the extremely uneven response to the weeklong night curfews imposed on 40 hotbed towns and districts on Tuesday. In blatant defiance of the directives, Hassidic rabbis staged a mass wedding in Haifa, attended by Dep. Education Minister Rabbi Porush, and some schools opened as usual.

In other areas, schoolchildren in the southern town of Yeruham staged a party with lively dancing, and revelers gathered at Tel Aviv bars – all without masks and within close hugging distance.

The police, which until now treated violations with a light hand, were instructed on Wednesday to remove the gloves. They will henceforth start breaking up illicit gatherings and opening criminal investigations against offenders.

The week-long curfew in selected areas was to have been a pilot for the coming comprehensive national lockdown. The Health Ministry’s Director General, Prof. Hezi Levy, commented in a TV interview that breaches of the health directives and lack of discipline re the wearing of masks and crowding were prevalent in all walks of Israeli society. This conduct kept the infection figures ballooning, although, when analyzed in depth, they proved that no more than 3.3pc of all Israelis had been infected and, so far, the hospitals were by and large coping with coronavirus victims and their other patients. At the same time, they feared the approach of winter and the upsurge of seasonal ailments.

The government and prime minister Binyamin Netanyahu are taking constant flak for their failure to curb the virus in its second stage, unlike the first. Due to major differences among the coalition parties – i.e. “politics” – the restraints coming up now are said to be several weeks too late to do much good. And it is feared that, when the ministers meet on Thursday to chart the next set of restrictions, they will again water them down for the sake of political compromise.

A senior physician at the Sheba Medical Center lashed out at the Israeli public rather than the politicians. He said people were irresponsibly risking lives by ignoring the most fundamental measures for slowing the spread of the coronavirus. Quite simply, Dr. Gadi Segal told people that lockdowns and stiff restraints that were painful for everyone could be avoided if only they donned masks when they got up each morning and wore them all day, while strictly observing the requisite distance from their fellows. The behavior he witnessed he called shameful. People are dying, he said, and it was time for everyone to start taking the pandemic seriously.