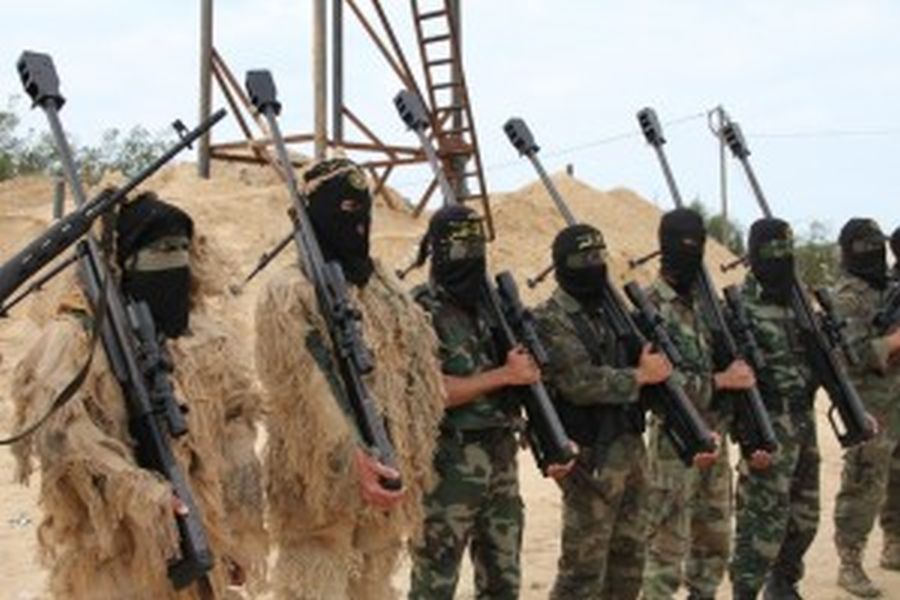 Snipers used for the first time by Hamas killed an Israeli solder in cross-fire from Gaza on Friday, July 20. Massive IDF air strikes were launched forthwith and are still ongoing, cutting short three months of constant Hamas assaults. Initial IDF communiques on the Israeli operation referred only to “a”grave security incident.” Late Friday night, it was disclosed that a soldier had been killed earlier by Hamas snipers who targeted the troops breaking up an unruly Palestinian demonstration pushing against the border fence.
Exactly a week ago, the IDF pounded Hamas targets after a major was injured in a Hamas attack. The Palestinian terrorist group retaliated by firing 200 rockets and 155mm artillery shells in 24 hours against Israeli communities – bringing to 500 the total since late May. The sudden appearance of snipers after three months of Hamas rockets, violent disturbances, infiltrations and the kite-balloon arson attacks, gave Israel’s strategists pause. This form of attack calls for specialist training and precise intelligence.
The IDF fighter jets and tanks conducted wide attacks across the Gaza Strip, hitting at least eight Hamas observation posts along the border. This round was followed by massive bombardments of dozens of  terrorist organization’s compounds in the Zeitun district of Gaza City, Nuseirat and Al Bureij in the south. Hamas is believed to have sustained at least 4 dead and 120 injured and responded initially with far more restraint than a week ago, firing 3 rockets at the Sedot Negev Council, of which Iron Dome intercepted two.

The current round of the Israeli counter-terror operation against the Gaza Strip, the first in four years, appears to be just beginning, according to reports reaching DEBKAfile from the Tel Aviv, where Prime Minister Binyamin Netanyahu heads a small group managing the operation. With him are Defense Minister Avigdor Lieberman, IDF Chief of Staff Lt. Gen. Gady Eisenkot and the Shin Bet head Nadav Argaman.  The expectation of more to come is shared by Hamas leaders in the Gaza Strip as well.

DEBKAfile’s military sources add: The Hamas sniper unit was not seen until now since it made its first appearance in 2014. The Palestinian marksmen are armed with Iranian-made Sayad-2 sniper rifles which are in standard use with the Revolutionary Guards. This weapon, which has a 1.5km range, is a replica of the Austrian Steyr HS.50 rifle.