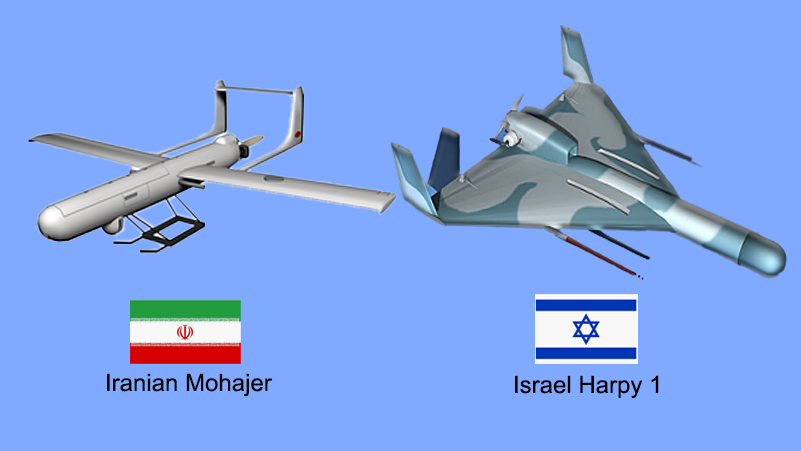 Al Qods chief Qassem Soleimani, personally masterminded and trained the drone team for a major attack on N. Israel, said Chief of Staff Lt. Gen. Aviv Kochavi on Sunday, Aug. 25. He spoke during a visit to the Bashar Division on the Golan the day after Israel successfully thwarted this attack. He warned: “We must be prepared for all possible contingencies.”

The drone attack averted by Israel’s air force Saturday night was planned for months by a force belonging to the IRGC’s Al Qods Brigades. Mohajer killer drones of the type used by Yemeni Houthi rebels against Saudi Arabia – each carrying 5kg of explosives – were brought in to target northern Israel, Israel’s military intelligence revealed.

They were delivered at Damascus international airport in recent weeks, along with Iranian experts and transferred, together with Hizballah and Iraqi Shiite militiamen, to Akraba, a village south of Damascus. IDF intelligence found that Al Qods had rented a fenced compound there complete with villa, swimming pool, a large garden and a storehouse, where the drones were deposited. It was in this villa that the Al Qods unit plotted the drone operation against Israel under their commander, Iranian Gen. Soleimani.

On Thursday, IDF observation posts detected four members of the Shiite drone team entering the Syrian village of Arnah in the northern Syrian Golan with the drones. And trying to launch them. Their mechanisms were zapped by IDF electronic measures, in the hope that was the end of it. But when, on Saturday, the Hizballah-Iraqi team was observed making a second effort to release the drones, Israel’s top security brass decided to take preventive action to preempt the menace.
The data released by the IDF on the events leading up to the operation that destroyed the Iranian killer drones in Syria, lay emphasis on the extreme danger of the averted attack. But, DEBKAfile’s military sources stress – and this was strongly indicated by Gen. Kocavi – the threat is not over. Iran has clearly embarked on a new type of serial warfare against Israel with explosive UAVs – in the same way as it has armed Yemen’s Houthi rebels to keep Saudi Arabia under attack. It should also be realized that there is no way to seal Israel hermetically against exploding drone attacks from across its Syrian and Lebanese borders.