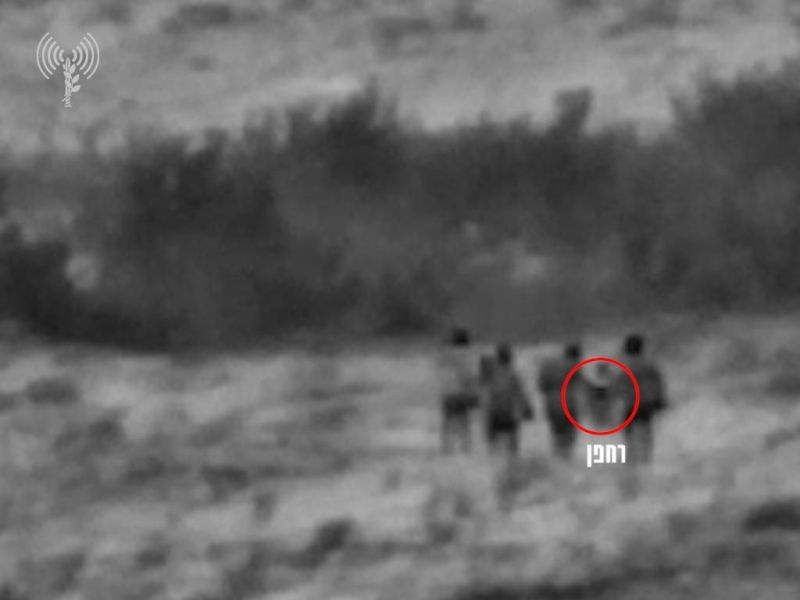 The Iranian-Israel armed drone war peaked turbulently in the past week before temporarily subsiding. After taking stock, Iran will take it further and vent the frustrations it suffered over its failed effort to launch an exploding drone assault on northern Israel from Syria, and Hizballah lost a senior officer in Beirut to an Israeli targeted assassination-by-drone attack in Beirut.

Behind their overt hostilities, Iran, Hizballah and Israel are also locked in a war of stealth. DEBKA Weekly’s intelligence sources reveal for the first time how far Israeli intelligence has penetrated the highest operational ranks of the Iranian Revolutionary Guards Corps (IRGC). This success has broad significance for Israel’s conflict with Iran, and high importance for its partnership with Washington and interaction with Moscow.

Provided by Jerusalem almost daily with detailed intelligence on the IRGC’s internal affairs and planned operations, the Trump administration is enabled to stay a step or two ahead of Tehran. Israel’s edge as an intelligence asset against Iran also serves President Vladimir Putin’s strategic foresight. Our intelligence sources report that Prime Minister Binyamin Netanyahu takes care to provide him with partial confidential data from time to time, after clearing it with US Secretary of State Mike Pompeo. Netanyahu’s dual updating service on the clandestine side of regional conflicts makes him the only world statesman trusted by the White House and the Kremlin alike to act as an informal go-between on a range of issues.

While giving the Trump administration first dip in his intelligence hoard on Iran, the prime minister also keeps Putin in the picture and takes care to stay on his good side. Before his trip to Ukraine (on 18-22 Aug), Netanyahu briefed Putin’s office in advance and made sure that his speeches in Kiev avoided the sensitive topics at issue with Moscow.

The years of friendly Netanyahu-Putin exchanges have inured Tehran, Damascus and Beirut into accepting the blind eye Russian forces in Syria customarily turn to the hundreds of unadmitted Israeli air and missile strikes against Iranian and Hizballah military targets in that country.

Israel, however, chose to break new ground in the latest spiral of violence by stepping away from its usual opaqueness and owning up to the Aug. 24 attack on an Iranian Al-Qods drone base in Syria. Even further out of character, Israeli “sources” leaked select intelligence secrets on the operations of its archfoe, Iran’s Al Qods chief, Gen. Qasem Soleimani. The motives behind these steps were not revealed but may be inferred as being –

1. To goad Tehran into inadvertently giving away more secrets.

2. To catch the Iranians off balance by making them aware of how thoroughly their clandestine agencies are penetrated and their plans an open book.

Incidentally, Israel preceded this course of events by opening accounts on Iranian social media in Farsi, yet Tehran has made no move to shut them down.

Among the intelligence data selected for release this week by Israel intelligence were the identities of two of the drone operatives killed in the air strike on Akraba. A set of images showed they had been under close observation from the moment they were recruited by Al Qods in Lebanon in early 2019, during their training in Iran and up to their arrival at Akraba with the drones.

Hassan Yousuf Zbeib, 23, from Nabatea, and Yasser Ahmad Sahar, 22, from Blaydah, were photographed mounting the flight to Tehran at Beirut airport. Another set of shots released were taken from an Al Qods Brigades simulator showing the two Lebanese recruits in training to fly an explosive UAV.

Israeli intelligence also released the names of the Iranian officers who trained them and directed their mission after they arrived in Syria.

Another batch of four clandestine operatives leading the Iranian project for converting Hizballah’s rockets into precision-guided missiles was outed on Thursday by the IDF spokesman. The supervisor of the project under Soleimani’s direction was identified as Muhammad Hussein Zada Hejazi, an Iranian brigadier general, who is the commander of the Lebanon Corps in the Quds Force. Ali Achar Maruzi, head of the IRGC’s logistic branch, is in charge of transferring the equipment and components for the project from Iran through Syria to Lebanon. Majid Noab is charge of the technological side of the project under Soleimani’s direction. And a Hizballah bigwig Fouad Shakar directs the project for the Lebanese group. The US has a standing offer of $5m bounty for Shakar’s capture for having taken part in Hizballah’s 1983 massacre of 241 US marines in Beirut,

While chalking up these successes, Israeli intelligence has also had misses, notably the unforeseen visit to Beirut by Maj. Gen. Qassem Soleimani with his boss, the supreme commander of the Iranian Revolutionary Guards (IRGC), Maj. Gen. Hossein Salami on Friday, Aug. 23 for a rare war counsel.

Still untold is the full story of the Israeli drone attack on Mouawad Street in Beirut’s Shiite Dahya district on Saturday, Aug. 24. Israel has not named its target or revealed the identity of the senior Hizballah officer slain there.

Neither has Israel denied or taken responsibility for the drone attack the next day that destroyed an arms-laden convoy passing through Al Qaim in western Iraq on its way to the Syrian border. An estimated 10 Popular Mobilization Forces (PMU) operatives died in this attack. Our sources reported that it struck the PMU 45th Brigade unit responsible for ferrying Iranian weapons from Iraq to Syria and on to Lebanon for delivery to Hizballah. Israel named the PMU commander killed in the attack as Kazem Mohsen and identified him as the “logistical support chief of the 45th Brigade.” The freight carried by this convoy was also revealed as Zelzal-2 surface missiles.

These disclosures revealed that Israeli intelligence had not only penetrated top IRGC ranks but also reached inside the highest operational echelons of the pro-Iranian Iraqi PMU. The drone team was fully apprised of the 45th Brigade convoy’s itinerary, schedule, freight and the name of its commander.