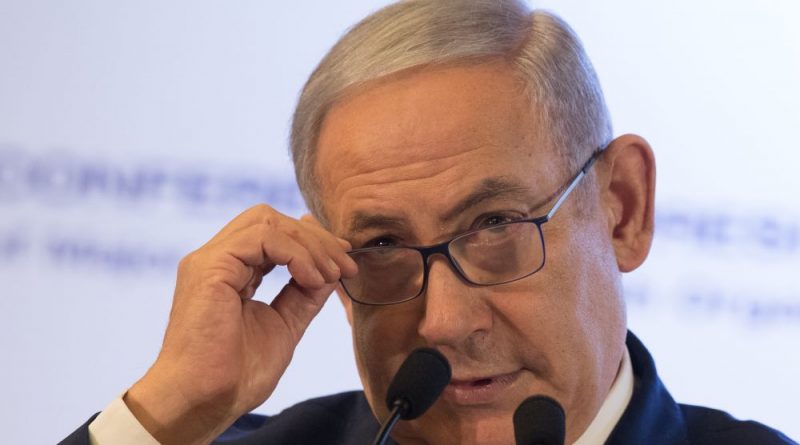 The shattering indictments for bribery and breach of trust brought against Prime Minister Binyamin Netanyahu,70, are only one stage in the relentless campaign to unseat him. His decision to fight for his innocence and win round the voters in Israel’s third election in a year, in early 2020, has brought down on his head the full weight of the legal, political and media establishments. They have no qualms about bending the immunity law to force him to quit office without waiting for an absolute court judgement of his guilt.

If there was a concerted coup conspiracy to oust him, as he charges, it is far from over. Since the attorney general announced the indictments last Thursday, one voice after another has candidly proposed circumventing the legal process if that is the only way to remove Netanyahu as prime minister before his day in court. On Saturday, Nov. 22, a former high court justice, Eliahu Matza, joined the chorus of law enforcement voices when, in a radio interview, he pressed the Knesset to refer to the Supreme Court the decision on his competence to form a government. By law, this is the sole jurisdiction of parliament.

This was incidentally a sly attempt to exploit the crisis for promoting the court’s long machinations for asserting its authority over parliament.

On the political front, the opposition Kahol Lavan, whose leader Benny Gantz failed to form a new government, like Netanyahu before him, urged law enforcement authorities to force the prime minister to give up all his cabinet portfolios.

In answer to this chorus, Netanyahu released a video statement on Saturday pledging to abide by any court ruling in his case. “A court of trial is the only framework [for determining guilt or innocence] from beginning to end,” he said. If this declaration was intended to counter the charge that by putting up a fight, he was inciting a civil mutiny, it may have been the right way to go, but is unlikely to work. The parties who managed to throw him under the political-legal bus are not about to stop until their work is done and Netanyahu’s remarkable decade in office is brought to an end.

It is worth noting that the charges brought against his accused accomplices, Arnon Mozes, of the mass daily Yediot Aharanot, and the Elovich couple, are more serious that the cases against the prime minister. Yet they have rated little media notice. PM Netanyahu is the sole accused. He has only the slimmest hope of surviving the political bone-crusher smashing into him at every turn. With each assault, his popular support will melt and his loyalists be scared off. Shouted down are the voices claiming that all three are presumed innocent until proven guilty and if an indictment can cause the removal of a prime minister, then the police and legal authorities have seized control of government.

Israel’s founding father the late David Ben Gurion could have warned Netanyahu what was coming from his own experience. At the end of an epic career, Ben Gurion was challenged by forces determined to oust him. He fought back by invoking the legal system, demanding that a commission of inquiry get to the bottom of a failed clandestine operation. Ben Gurion also called on the voting public to vindicate him. He called in vain.

The late Yitzhak Rabin was ordered to resign as prime minister by the then Attorney General Aharon Barak, an act that signaled the historic downfall of the ruling Labor party. Yet another Israeli prime minister, the late Ariel Sharon, when he realized that law enforcement was about to close in on him, jumped the Likud ship. He established the Kadima party and switched his politics from right to moderate left, so saving his political life.
Netanyahu may or may not come up with an ingenious device for staying in office. But the way things look at present, he seems to have little choice but to quit politics and devote himself to clearing his name in court – a process that could drag on for years.

65 thoughts on “PM Netanyahu’s chances of survival are drowning under a concerted political, legal, media onslaught”