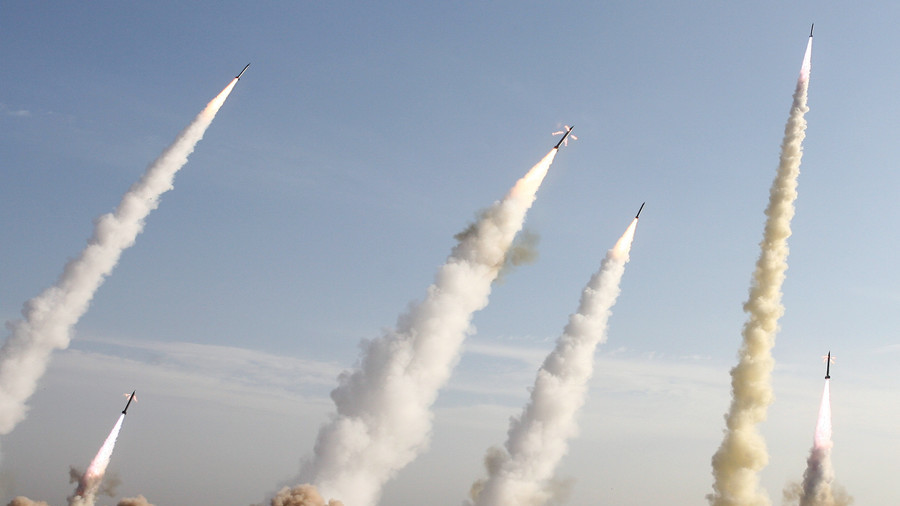 Tehran state media reported that on Monday, Oct. 1,  IRGC missiles targeted the “headquarters of the terrorists” east of the Euphrates in Syria in reprisal for their attack on a military parade in Ahvaz on Sept. 8, which killed 30 people and injured scores. The missiles were fired from the Iranian Kurdish region of Kermanshah. It was the second time in three weeks that the Revolutionary Guards had fired surface missiles from their base in Kermanshah at a target outside Iran. On the day of the Ahvaz attack, they launched missiles against Kurdish political centers and military headquarters in northern Iraq, alleging they were complicit in a recent spate of cross-border raids on Iranian military border positions in the north.

DEBKAfile’s military sources note that the missiles fired on Monday aimed at the region east of Abu Kamal between Harse and Hajin, which is the last piece of land still held by ISIS in Syria. Abu Bakr al-Baghdadi is believed to be hiding there.  The Ahvaz attack was claimed at the time by ISIS and Iranian Arab separatists. The IRGC’s response indicated that the former was held accountable.
Witnesses report that at least two of the eight missiles fired from Kermanshah, exploded prematurely and fragments dropped into northern Iraq.  No word has come from Syria about the missile attack, although the area east of the Euphrates houses a US military presence, Syrian Kurds, Syrian forces and Iraqi Shiite militias.
Lebanese Hizballah sources did not miss the opportunity to imply that the Iranian missiles also addressed a warning to the US, Israel and Saudi Arabia. Tehran State TV released images Monday morning of an IRGC soldier pointing to a slogan on one of the missiles: “Death to America, Death to Israel, Death to Al Saud.” Soon after the first attack into eastern Syria, Tehran announced another had taken place, this one by Iranian drones.