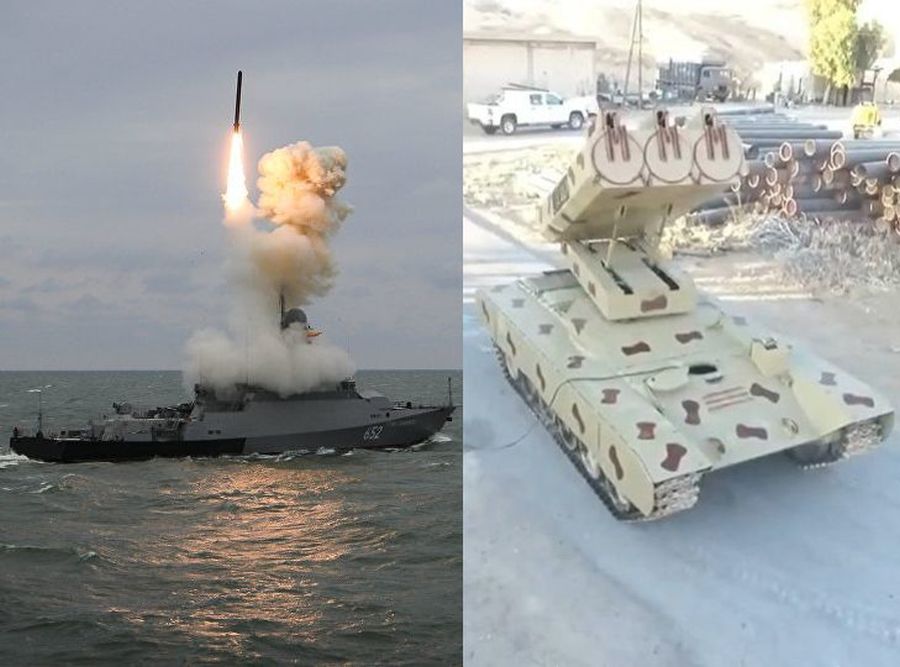 Light was shed on Wednesday, May 16, on Russia’s mysterious intentions after its puzzling non-interference in the Israeli-Iranian clashes in Syria. President Vladimir Putin informed the Russian high command meeting in Sochi of two decisions: “Our ships carrying Kalbr cruise missiles will be permanently deployed in the Mediterranean Sea,” he reported. They will take up position opposite the shores of Syria, Lebanon and Israel. DEBKAfile’s military sources take this step to mean that the Russian army command believes the military confrontation between Israel and Iran in Syria is not over and more clashes are still to come.
It was also revealed by military sources in Moscow that the Assad regime’s 4th Armored Division had received from Russia heavy rocket launchers deliberately dubbed Golan-1000, of 500mm caliber, which can deliver three rockets loaded with 500kg of high-explosive fragmentation ammunition. They have a range of up to 6km and are powerful enough to knock over IDF fortifications on the Golan.  Those fortified bases remained unscathed by the Iranian Al Qods 20-missile barrage on May 9. So what is behind Putin’s maneuvers in Syria between Iran, Israel and the Assad regime? The coming issue of DEBKA Weekly out on Friday, May 18, unravels this conundrum as well as shedding light on the, pivotal military shifts in motion on the Middle East landscape. If you are not already a subscriber, click here to sign on.