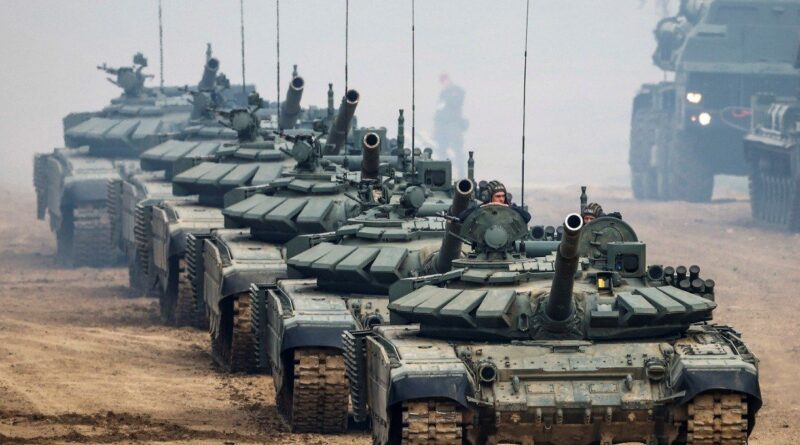 In a last-ditch shuttle diplomatic bid, German Chancellor Olaf Scholtz visits Kyiv on Monday Feb. 12, and Moscow on Tuesday. His talks with Vladimir Putin will be followed by another meeting in Kyiv with Ukraine President Volodymyr Zelensky. The odds on the Scholtz mission’s success are low after a US attempt at diplomacy ran aground. Moscow stands by its demands of Sept. 17 for US security guarantees that Ukraine will not join NATO and the western alliance will halt its expansion into eastern Europe.
The faint ray of hope appearing on Saturday when the Ukraine ambassador to the UK Vadim Prystaiko told the BBC that his government was willing to be flexible over joining NATO was angrily and swiftly refuted by President Zelensky.

The Russian army has meanwhile completed its deployment along Ukraine’s land and sea borders. The 130,000-15,000 troops in place have received supplies for a month with medical support for potential invasion casualties including field hospitals and plasma.

Putin does not appear to be deterred by President Joe Biden’s repeated threat of unprecedented sanctions if Russia goes through with the invasion. Russia’s Ambassador to Sweden Viktor Tatarintsev put it this way on Sunday: “Excuse my language, but we don’t give a s-t about all their sanctions.”

Putin feels he can afford this show of nonchalance owing to his long preparations – not just for a military campaign against Ukraine but also putting buttresses in place to keep the Russian economy afloat amid both US and European sanctions. US intelligence sources report that the Kremlin has earmarked $500bn for the costs of a war on Ukraine and counts on China for support to weather Western sanctions.

Ukraine’s president and military chiefs are presenting a façade of skepticism over any possible Russian invasion. This has been reflected in the upbeat mood on the streets of Kyiv, However, on Monday, Mayor Vitaliy Klitschko introduced a jarring note with an announcement that he had a plan ready for the evacuation of 3 million city dwellers.

He was clearly impressed by the US National Security Adviser Jake Sullivan’s estimate on Friday that the Russian army would push into Ukraine from Belarus and cover the 200km up to seizing Kyiv within 72 hours.