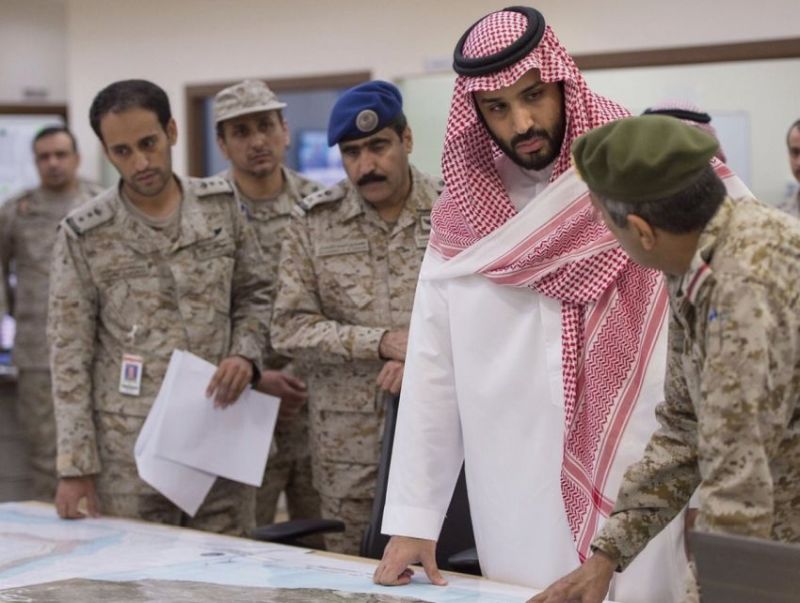 The Houthi rebels said the attacks were “a serious escalation in violation of the ceasefire agreement signed in December 2018 in Stockholm.” The Saudi coalition spokesman Turki al-Malik replied that the air strikes targeted the Houthis’ ability to mount “remote-controlled assaults on Red Sea shipping.” An Iranian-backed attempt had been detected, he said, to “carry out an imminent act of aggression and terrorism in the southern Red Sea using an unmanned rigged boat… launched from Hodeidah province.”

The prince was heard complaining loudly that if the US felt no obligation to come to its ally’s aid in its worst crisis against Iran, then Riyadh feels no compulsion to play along with the substantial effort Washington has invested in recent weeks for bringing the Yemen war to an end. The prince was also quoted as saying that he finds it hard to fathom the sense of the US effort to terminate the Yemen war while countenancing the Houthis’ persistent claim of responsibility for the attack on Saudi oil facilities.

The oil kingdom is feeling the pain of that assault. It knocked out around half of its oil output and raised pressing questions about the its planned IPO sale, as Saudi drivers are shown by social media on video queuing up for gas.

MbS was not mollified when US Secretary of State Mike Pompeo’s accused Iran of “an act of war” during his visit to Jeddah last week to confer with King Salman Abdulaziz and himself. The prince bluntly asked his guest how the kingdom can continue to rely on America when it fails to come to the aid of an ally. Instead of answering, Pompeo proposed immediate talks on US aid to Riyadh.

Last Wednesday, Sept. 18, Washington announced that several more US troops would be deployed to Saudi Arabi and the UAE with enhanced air defense weaponry for facing Iranian missile and armed drone attacks, The USS Nitze destroyer, equipped with Aegis combat systems for tracking and intercepting cruise missiles, was moved into the northern Red Sea.

But Iran had meanwhile jumped the gun with another surprising initiative. Contingents of the pro-Iranian Iraqi Shiite Popular Mobilization Forces (PMU) had spread out along Iraq’s borders with Saudi Arabia and Jordan, posing a direct threat to the Saudi capital of Riyadh, as DEBKAfile’s exclusive military sources were first to reveal.

And so, the limited and careful US military buildup was again confronted with a belligerent Iran in full momentum against US allies.

While protesting US handling of an aggressive Iran, the Saudi crown prince was also settling accounts with his erstwhile partner in Yemen, the UAE ruler Crown Prince Mohammed Bin Zayed. Last month, the Emirates forced Saudi troops to abandon their bases in southern Yemen in support of a takeover by anti-Saudi Yemeni separatists.

With Tehran clearly geared up for more trouble, the region is on tenterhooks for Iran’s next “punitive attack” to see how and when it falls on the UAE, what else is in store for the Saudis and how relations shape up between Washington and its two Gulf allies.