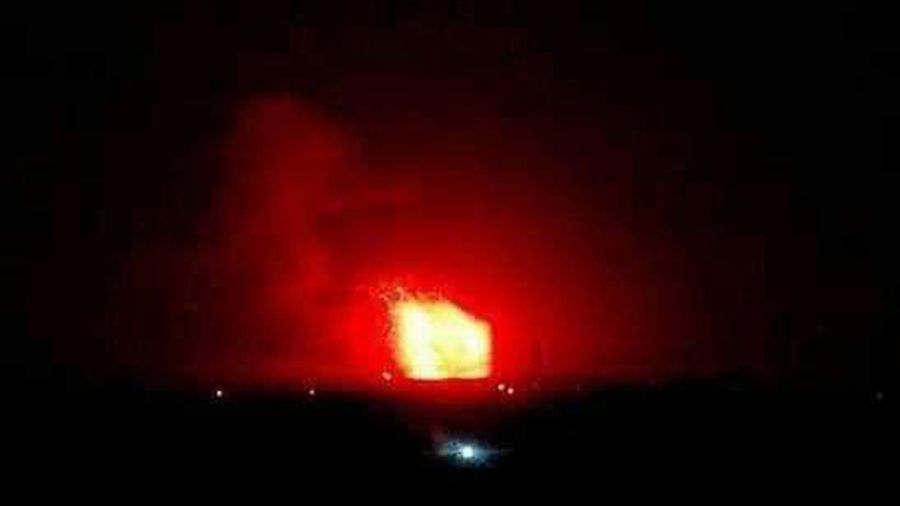 The Syrian news agency reports that shortly after midnight, Israeli air force missiles blasted Iranian military facilities at the Sheikh Najar industrial zone north of Aleppo, Jibrin and the town’s international airport. SANA says 70pc of the town’s power was knocked out and the town went dark, and the several Israel missiles were intercepted.
Syrian opposition sources add that the Israeli strike targeted arms and ammunition depots belonging to the Iranian Al-Qods Brigades in the Aleppo region and explosions shook the town.

This was Israel’s first air and missile attack in Syria since the last meeting in Moscow between President Vladimir Putin and Prime Minister an Defense Minister Binyamin Netanyahu on Feb. 27; it came less than a week after Netanyahu returned home from Washington after US President Donald Trump signed a decree of recognition for Israeli sovereignty over the Golan.
The attack also came just a month after the Iranian, Syrian and Iraqi chiefs of staff met in Damascus to chart steps for reopening the Syrian-Iraqi border and advancing Tehran’s aspiration for a land bridge.
US Secretary of State Mike Pompeo, during a two-day visit to Jerusalem last week, warmed that Al Qods chief, Gen. Qassem Soleimani “never rests for a single moment” when it comes to military activity against the US and Israel in the region.
According to DEBKAfile’s military and intelligence sources, Iran moved its military hub in Syria away from Damascus and further north in the past month. Iranian transport planes carrying weapons systems and ordnance for Hizballah and the Shiite militias no longer put in at Damascus airport. They land at Aleppo. While relocating this hub, Tehran also reduced the numbers of Revolutionary Guards officers and men serving in Syria by some 30 percent – mainly to economize, since Iran’s oil revenues have been drastically slashed by US sanctions.
The renewed Israel assault on Iran’s military supply pipeline to its surrogates in Syria coincided with a UN Security Council session called to condemn US recognition of the Golan as sovereign Israeli territory, with the support of a majority of members.  Israeli Ambassador Danny Danon argued in his speech that no country in the world would think of handing over strategic territory to its greatest enemies. If it were not for Israel’s control of the Golan, the Iranian army would be sitting on the banks of the Kinneret (Sea of Galilee) which Israel would never allow.