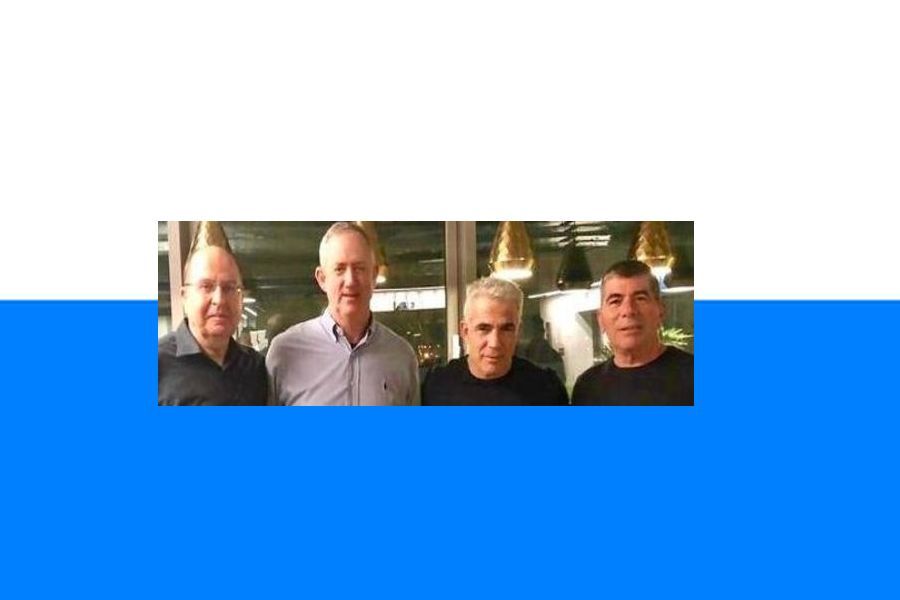 Benny Gantz and Yair Lapid were already handing out ministerial portfolios on Thursday, Feb. 21, just hours after joining their parties to form “Blue-White.” for the April 9 election. Gantz and Lapid agreed to rotate the premiership between them – Gantz going first for 2 and-a- half years and Lapid, next as prime minister for a year and-a- half, the while serving as foreign minister. Moshe Ya’alon is to retake defense from which he resigned last year when he quit the ruling Likud; while Histadrut Trade Union Federations Secretary Avi Nisenkorn is in line for the treasury, although his candidacy is questionable. Blue-White does not profess support for organized labor; nor does the ordinary working man have much in common with the new political entity.

And that is where the new political force is lacking. The four leaders, Gantz. Lapid, Moshe Ya’alon and Gabi Ashkenazi, have little to offer three additional key segments of the electorate: the Mizrahi voters, the moderately religious, and the Russian immigrants. The three ex-generals and the former TV broadcaster, who are identified with the well-off upper classes, will find it hard to strike a sympathetic chord with the “man/woman in the street.” This affinity gap has consistently reduced Labor’s poll ratings under Avi Gabbay.
The coming election will also reveal whether the affection the Israeli mainstream has for its soldiers still extends to the generals as it once did. Ehud Barak, a former general who had his day in politics as prime minister, Labor party leader and defense minister, offered the opinion on Thursday that Blue-White is better news for its opponents, especially Binyamin Netanyahu, than for itself. The prime minister, Barak said, had been driving for a two-bloc race to the April election and the new partners Gantz and Lapid had “played into his hands.” He also recalled his history as defense minister with Gabi Ashkenazi who served under him (2007-2011) as IDF chief of staff. In Barak’s view, the former general comes to his career in politics with “heavy moral baggage – or worse.”

There is still a month and a half to go up until election day, which may seem short but which is likely to see a great many events and changes that could toss the voter in many directions. Given this volatility, Blue-White is depending substantially on the Attorney General Avi Mendelblit for deciding to indict the prime minister on bribery charges. The new leaders believe that an affirmative decision if published before April 9 would serve their primary goal, which is to knock Netanyahu out of government along with his Likud. For now, this is a pipe dream, since no one knows what Mendelblit will decide or whether Netanyahu will be indicted at all.
The effect of the Blue-White union’s rise will no doubt resound in all the opinion polls in the coming days. The new bloc will initially outstrip the Likud-led right-wing alliance. It is worth noting, however, that no left-of-center grouping has ever so far outnumbered its opponent without including estimated figures for the Arab parties. The numbers may therefore swing back and forth between the two blocs in the course of a campaign that will be fierce and vocal.