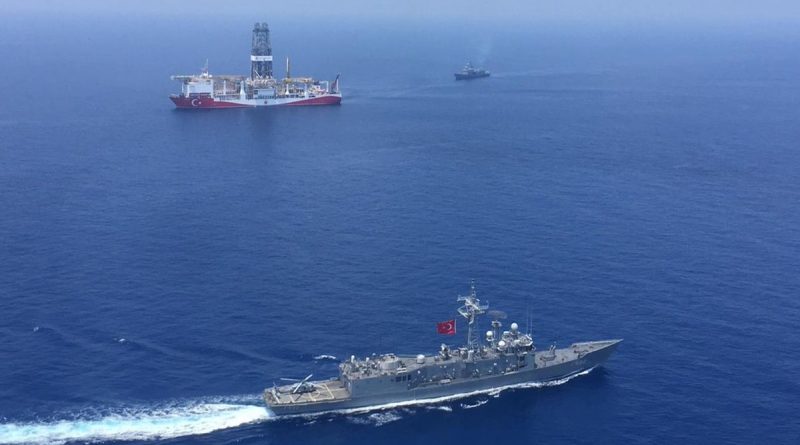 Old enemies Turkey and Greece have warned vessels to stay out of disputed parts of the eastern Mediterranean where both scheduled rival military exercises for Tuesday, Aug. 25. Germany has stepped in to defuse the row over gas and oil between the two NATO allies, before it explodes into open warfare, recalling the conflict that erupted in 1974 when Turkey invaded Cyprus.

On August 13, President Recep  Erdoğan warned of a heavy price for anyone attacking the Turkish drilling vessel Oruç Reis, which is exploring for oil and gas in waters claimed by both Turkey and Greece. The research, with naval escort, was extended up until Aug. 27 after a collision between Greek and Turkish navy frigates. Greece, which says the survey is unlawful, responded by announcing naval exercises in the area. Athens also said the United Arab Emirates would dispatch F-16 fighters to Crete this week for “joint training.”

The epic normalization agreement the UAE signed last with israel clearly has multiple layers. Israel’s offshore oil and gas rigs are visible on the E. Mediterranean skyline. In January, Israel, Greece and Cyprus signed a $6.86 billion deal to build a major 700km subsea pipeline from Israel’s offshore Leviathan and Cypriot gas fields to eastern Crete and on to Italy.

This project and others may be overlapped and jeopardized by Turkey’s urgent drive for a stake in the E. Mediterranean energy bonanza. To prop up his claims, President Erdogan last year signed a bilateral agreement with the UN-recognized Libyan government of Tripoli for bringing parts of the E. Mediterranean under their bilateral control. More recently, Greece countered with a similar accord with Egypt.

Turkey claims it owns exploitation rights within an area it terms “continental shelf.” Athens replies that all its inhabited islands are surrounded by a 200-mile exclusive economic zone. This claim is respected by the UN Convention on the Law of the Sea, to which Turkey is not a party.

Although Greece belongs to the EU as well as NATO, Berlin appears more sympathetic to Turkey’s claims, while the EU has not agreed on new sanctions on top of those previously imposed for Turkey’s illegal drilling off Cyprus. France has pledged support for the Greek side of the argument

The conflict is also tightly woven into the Libyan civil war as well. There, the UAE backs the Haftar campaign against the Tripoli government, which Turkey is fighting for. And in this context, the Emirates’ peace deal with Israel may be seen as a blow not just to Iran but also to Turkey’s expansionist aspirations and support for Israel’s enemy, the Palestinian Hamas terrorists.